By Simon StoneBBC Sport Fifa has opened disciplinary proceedings after racist abuse was aimed at England players during Thursday's 4-0 win over Hungary in a World Cup qualifier in Budapest. Raheem Sterling and Jude Bellingham were both targeted. England players were also pelted with objects in the second half and a flare was thrown on the pitch by the home fans at Puskas Arena. England condemned the abuse as "completely unacceptable". Borussia Dortmund midfielder Bellingham, 18, tweeted on Friday: "Part of the game and always will be until proper punishments are put in place by those with the power. We can't let hate win, keep smiling. 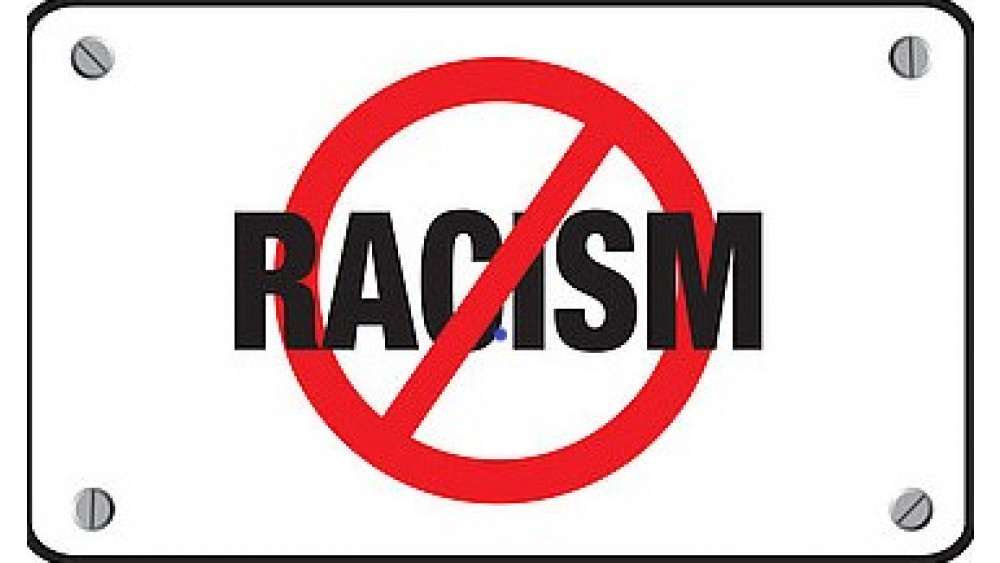 "It is a disgrace how it keeps on happening," said Chelsea midfielder Mason Mount.
"When these things happen, consequences need to take place and the FA will be speaking to Fifa about it and hopefully it keeps getting put to them and they hand out bans.
"But it needs to stop and we need to get this out of football."
British Prime Minister Boris Johnson urged Fifa "to take strong action against those responsible to ensure that this kind of disgraceful behaviour is eradicated from the game for good".

It added: "Once again, Fifa would like to state that our position remains firm and resolute in rejecting any form of racism and violence as well as any other form of discrimination or abuse.

"We have a very clear zero tolerance stance against such abhorrent behaviours in football."

I don’t think our players can do any more - Southgate

Despite Uefa ordering Hungary to play three home games behind closed doors after their supporters' discriminatory behaviour, fans were allowed in on Thursday as the game came under Fifa's jurisdiction.

The Uefa ban relates to racism and other discriminatory conduct which took place during Euro 2020 in June.

While Uefa manage World Cup qualifiers involving European teams, Fifa is able to take action because it is their competition.

"Fifa strongly rejects any form of racism and violence and has a very clear zero tolerance stance for such behaviour in football," the game's global governing body said.

Fifa and Uefa criticised for allowing fans to attend

Anti-discrimination bodies Kick It Out, Show Racism the Red Card and Fare criticised Fifa and Uefa for their handling of Hungary's existing ban.

"The question for us is why Fifa didn't act to prevent this, and why the global football system didn't work together to prevent this," Kick It Out chief executive Tony Burnett said.

Fare executive director Piara Powar said allowing fans to attend in Budapest was an example of the "system falling apart" as Uefa and Fifa try to deal with racism.

Powar also confirmed that the The Fare Network - an organisation trying to fight inequality in football - would provide authorities with a report of their own from the game, including video footage.

Ged Grebby, chief executive of Show Racism the Red Card, told BBC Radio 5 Live that England manager Gareth Southgate was right to say England should "get its own house in order" before criticising others for their behaviour, following a numerous instances of racism in the game.

Grebby also added that a "long-term education programme" should be put in place to help tackle racism in Hungarian football.

The Professional Footballers' Association said "loopholes" that meant the game was not behind closed doors must be addressed.

"Global football governing bodies need to demonstrate that these behaviours will never be tolerated in our game," the players' union said.

"We demand they issue the strongest sanctions possible, such as lifetime stadium bans."

What happened in Budapest?

England's players were booed as they took the knee before the match at the 67,000-capacity Puskas Arena to protest against racism, with BBC Radio 5 Live reporter Juliette Ferrington describing the reaction from fans as a "wall of noise".

She also described how racist chants could be heard during the match and that Sterling and Bellingham were the targets of abuse.

In the second half, Sterling was pelted with paper cups and bottles when he opened the scoring for England.

A flare was later thrown on to the pitch after Harry Maguire put the visitors 3-0 ahead.

The Hungarian Football Federation (MLSZ) said that those who disrupted the match "need to be identified and severely punished", but did not make any specific reference to discriminatory abuse.

"Fans entering the field, throwing light grenades and glasses, are being identified. The MLSZ has filed/will file a police report against them," the MLSZ said.

"Any fine will be passed on to the perpetrators in civil litigation, and they can expect a two-year disqualification from sporting events at the end of the trial."

England manager Gareth Southgate had ice thrown at him by fans during his post-match interview with BBC Radio 5 Live, in which he said he hoped the abuse was "dealt with the right way".

"I've heard reports of racism, which I hadn't heard during the game," he said.

"Everyone knows what we stand for as a team, and that's completely unacceptable. It has been reported. Our head of security has spoken to the players and taken their statement. We will deal with it in the right channels.

"The world is modernising and although some people are stuck in their ways of thinking and their prejudices, they're going to be the dinosaurs in the end because the world is changing."

Hungary's minister of foreign affairs, Peter Szijjarto, questioned English complaints about the boos in Budapest in a Facebook post that included a video of England supporters at Wembley jeering during the Italian national anthem before the Euro 2020 final.

Hungarians have reacted with a mixture of anger, shame and defiance to allegations of racist abuse. 'Fantastic atmosphere, 2nd half meltdown' read the headline in the main sports paper, Nemzeti Sport.

The right-wing Fidesz government has been in power for 11 years, and is proud of its open, nationalist stance. That has gone down well with fans, knows as the Ultras, in their uniform black T-shirts. Prime Minister Viktor Orban and some of his ministers end their speeches with the football slogan 'Go for it, Hungarians!'

"The Hungarian FA should complain to Fifa… that the England team is making political propaganda out of a sports event," read one comment on the pro-government Mandiner website.

But there was also disgust at the behaviour, especially the pelting of Raheem Sterling.

"Don't pretend that the darling Hungarian fans would never do such a thing, we have our share of brain-dead, hateful jerks. Ban them for life - if there is video or audio evidence," read another comment on the same site.