The Parliamentary Assembly of the Council of Europe (PACE) on January 25-28 will hold the first part of this year's regular session in a hybrid format, allowing delegates to participate both via video link and by attending the Strasbourg event in person. 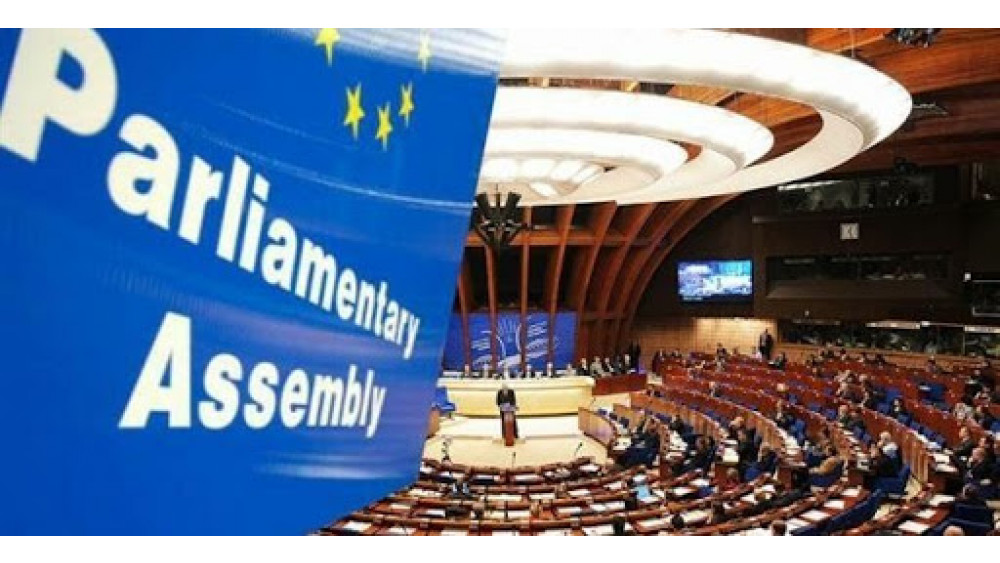 The Assembly will discuss ethical, legal and practical issues related to Covid-19 vaccination, ethnic profiling across Europe, restrictions on NGO activity in CoE member states, and discrimination against people with chronic diseases and long-term illnesses. At the session, the Assembly will elect Deputy Secretary General of the Council of Europe, PACE Secretary General, and judges representing Greece and Switzerland. European Commissioner for Justice Didier Reynders will address parliamentarians and do a Q&A session. Within the framework of Germany's chairmanship of the CoE's Committee of Ministers, the Assembly will hear the address by Federal Foreign Minister of Germany Heiko Maas. Secretary General of the Council of Europe, Marija Pejčinović Burić, will make a statement and answer the delegates' questions.

Ukraine's Verkhovna Rada delegation to PACE has announced the creation within the PACE framework of an informal "Crimean Platform". Ukrainian legislators noted that the initiative to set up such an informal platform to support the issue of Crimea and human rights is one of the outposts of the organization's work. Meanwhile, the human rights situation on the Crimean peninsula is deteriorating, to which the COVID-19 pandemic is also contributing. Ukraine's permanent delegation will once again brief the PACE in this regard.

The European Convention for the Protection of Human Rights and Fundamental Freedoms is the document around which the Council of Europe has in fact been founded. Today, many states have united to defend the Convention's provisions and main objectives, condemning military aggression, including after the temporary occupation of Ukrainian, Georgian, and Moldovan territories by Russia.

The European Convention for the Protection of Human Rights and Fundamental Freedoms is in fact the core of the Council of Europe's founding. Today, many participating countries have united to defend the Convention's provisions and main goals, as well to condemn military aggression, including following the temporary occupation of Ukrainian, Georgian, and Moldovan territories by Russia.

The Parliamentary Assembly of the Council of Europe, created to protect democracy and human rights, has several times in recent years violated its basic principles, turning a blind eye to breaches of fundamental norms of international law and the norms of the Council of Europe's Charter, as well as to failures to observe values of a democratic society on human rights protection. This climaxed in the return of the Russian delegation to PACE in the summer of 2019. The Russian delegates were reinstated despite their country having occupied parts of Ukrainian, Georgian, and Moldovan territories, despite their systemic violations of human rights in these areas, and the country's outward unwillingness to fix problems they had created. Russia's failure to comply with multiple PACE resolutions didn't prevent the return of their delegation to the assembly hall either. Also, in early 2020, head of the Russian delegation Pyotr Tolstoi was elected one of the 20 vice-speakers. Meanwhile, Tolstoi previously hosted a number of Russian propaganda TV shows, such as Vremya, Politika, Vremya Pokazhet, and Tolstoi. Voskresenye. Also, from 2009 to 2016, he was part of the top management at Channel One, one of Russia's main propaganda platforms. It shouldn't be forgotten that to ensure reinstatement of their delegation in PACE and have Tolstoi elected to a senior post, Russia had to pay its massive membership dues to the organization, including paying off debts for all previous years – worth a staggering EUR 33 million per year.

At the 2020 winter session, Russian delegates thought that after massive dues had been paid to the organization, all decisions would be made in their favor. The very next day, however, after the Russian delegation was reinstated, the PACE passed a resolution directly pointing to a number of violations by Russia, recognizing Russia a party to the Minsk agreements and to the ongoing military conflict in eastern Ukraine's Donbas.

The Council of Europe must finally recall its fundamental goals, principles, and values, and show support for them in order for the PACE resolutions to have any real weight. That's for the violations and those guilty to not go unpunished. After all, all member states are personally responsible for ensuring the protection of human rights and freedoms, including in the territories temporarily occupied by Russia. However, in the wake of the latest developments in Russia, not all member states, unfortunately, seem to realize their responsibility. Vladimir Putin has put Russian legislation above international law, which has already had a direct impact on the implementation of international obligations, including PACE decisions. Also, Russian citizens, seizing opportunities under the European Convention for the Protection of Human Rights and Fundamental Freedoms, often turn to the European Court of Human Rights to ensure the most effective and objective protection of their rights, since Russian courts remain outrageously biased. This once again proves that Russia is not interested in protecting human rights – even those of their own citizens.

In the wake of the opposition figure Alexei Navalny's arrest in Russia, which is a Council of Europe member state, PACE deputies from different countries will challenge the Russian delegation's powers as a repercussion.

So, although the PACE winter session will be held in the hybrid format, the issues and tasks on its agenda are truly pressing.