The record proves that the Iranians saw the missile from the moment it was launched and to the very moment it hit the Ukrainian plane. 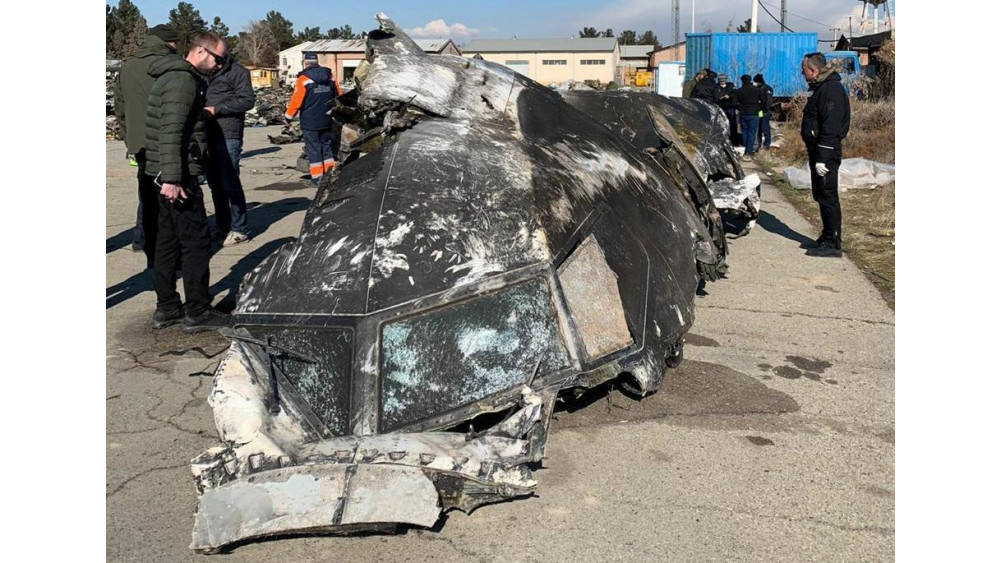 In breaking news from Ukraine, intercepted communications were released by TSN.Tyzhden between Tehran Airport tower and second pilot of Iran's Aseman Airlines flight at the time of the crash of Ukraine International Airlines flight PS752.

The Iranian civilian plane's pilot saw both the missile launch and the blast, audio recordings, TSN says were received from intelligence services, prove.

"But most importantly, the record shows that Iranian airline services didn't simply conceal the true cause of the UIA plane crash. The record proves that the Iranians saw the missile from the moment of launch and to the very moment it hit the Ukrainian plane," the report says.

The Ukraine Airlines flight PS752 took off from Tehran Airport at 6:20 on January 8, 2020. At the same time, the Iranian flight Shiraz-Tehran, EP3768, operated by Aseman Airlines was preparing to land in Tehran. In about three minutes, an Iranian pilot saw a missile being launched.

The following is a complete transcript of intercepted communications between Tehran tower and flight 3768 (including a bit between tower and PS752).

Pilot EP3768: - Flares on route, as if from a missile. Should anything like this be happening there?

Tower: - How many miles? Where?

Tower: - We were not informed of this.

Tower: - It's not flying toward the city (Tehran), is it?

Tower: - We were informed nothing, but keep watching.

Pilot EP3768: - Mr engineer, we saw an explosion, a big flare from the explosion, we don't understand what it is.

Tower: - Yes, I don't think there will be any problem for you.

As UNIAN reported earlier, on the morning on January 8, a Ukrainian passenger jet operated by Ukraine International Airlines, flight PS752 Tehran-Kyiv crashed shortly after takeoff from the Tehran airport. All 167 passengers and nine crew on board died in the crash. The whole crew and two passengers were Ukrainian citizens.

The next day, 45 Ukrainian experts in various fields took off to Tehran to examine the circumstances of the incident. All Ukrainian carriers suspended flights in the Iran and Iraq airspace pending probe.

From the outset, the Iranians said that it was a technical issue that caused the crash. However, on the evening of January 9, several leading U.S. editions and TV channels reported that the Boeing 737-800 operated by Ukraine International Airlines had been mistakenly shot down by Iran shortly after taking off from Tehran Airport. Photos of video footage showing missiles that could have downed the plane, as well as video of the moment of the crash, were shared on social media and made it to global news.

U.S. President Donald Trump called the plane crash suspicious, adding he believed that the plane could crash over certain "mistakes" made in Iran.

The next day, Ukrainian experts, who worked at the scene and eventually gained access to the wreckage of the jet's front part, also found evidence of the missile hit.

On the morning of January 11, Iran officially acknowledged that the Ukrainian passenger jet was downed by a missile. The official statement said that the tragedy had happened as a result of a "human error". The civilian plane was mistaken for a hostile object after it turned toward a military facility operated by the Islamic Revolutionary Guard Corps.

Iranian President Hassan Rouhani called the tragedy "an unforgivable mistake" and said the country would continue to investigate the incident.

In his turn, Ukrainian President Volodymyr Zelensky said that "It wasn't a good morning but it brought us truth." Zelensky responded to Iran's statement confirming the UIA was hit by a missile, saying that Ukraine expects Iran to fully acknowledge the guilt for downing the UIA plane, investigate the incident, and repatriate the bodies of victims.