Russian warship to "go fuck yourself"

So Russia continues to reap what it sowed with its invasion of Ukraine. For example, the flag and anthem of this failed state will no longer be showcased at European and world sports tournaments. All sports clubs, on which giants like Gazprom or VTB Bank spend tens of millions of dollars a year, have become pariahs for the world sports community. Also, the land of the occupier has become a no-go for international competitions. All they have left besides national championships is perhaps a range of Sunday leagues. 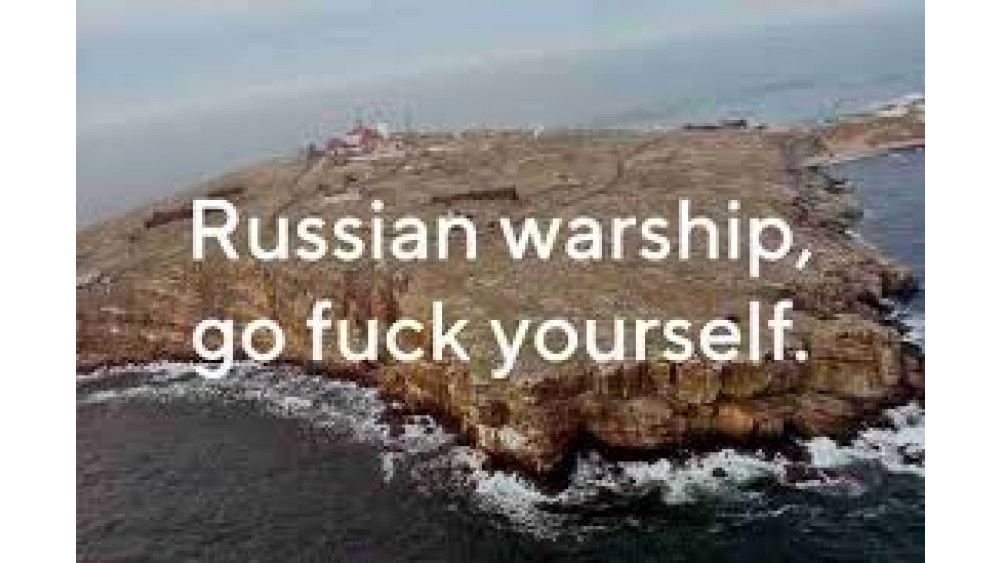 Modern international art scene will now be shut for Russia. All they have now in their showbiz arsenal is some freak zombified pro-Putin old school stars or artists preaching the mob world.

Russian goods are being removed from the shelves around the world. All civilized corporations and manufacturers have refused to supply their products to a country ruled by a brutal raging usurper. Now all they have left to boast of is their "iotaphones" and other weird Russian-made stuff – the situation their "friends" in Cuba have remained in for generations.

Russian banks have been disconnected from international payment systems. Russian citizens are losing their savings, Russian students are being expelled from European universities.

But the most important thing is that Russian mothers are losing their children for good in a country completely alien to them. The agony of the Russian dictatorship resulted in some 6,000 Russian KIAs in just six days of war. But for what? For gaining control over Ukraine? The thing is, it would be impossible. This can’t be changed by missiles, bombs or tanks. Ukrainians are defending their native land. And for waging such a war against the Ukrainian nation, all those involved are already facing an International Tribunal.

In such a situation, it’s a shame to see part of the otherwise adequate Russians who have been systemically fooled, intimidated, and kept in the dark for years.

Therefore, whatever the sick Russian propaganda brands Ukrainian patriots, be it banderites or something even more outrageous, all 100% of the entire population are now united as one.

There is no one to “liberate” there, so turn around and, as we say, go f*ck yourself!