I am a resident of the United Kingdom from Lichfield, born in Poland and a Polish citizen. I am writing to you in relation to the recent Heathrow Airport incident involving Rafał Ziemkiewicz, a popular Polish journalist, fiction and non-fiction writer, and political analyst.

Mr Ziemkiewicz was denied entry to the United Kingdom when he arrived at Heathrow on the 2nd of October, planning a two-day visit to accompany his daughter who is shortly to begin her studies at the University of Oxford. His daughter and wife eventually continued to Oxford on their own and Mr Ziemkiewicz came back to Poland on the next available LOT Polish Airlines flight.

“In 2018 when far-right Rafał Ziemkiewicz was planning a UK speaking tour including Acton I raised concerns with @metpoliceuk and he cancelled. Anyone propagating racism including Islamophobia and Holocaust denial is unwelcome locally. Today looks like he’s been banned nationally:” [scan of the refusal letter follows]

Not only are you aware of the incident, you also know well that since 2018 the treatment of Mr Ziemkiewicz has escalated from preventive censorship (he planned a series of meetings with fans to promote a book) to refusal of entry in a personal capacity as a family member. The tone of your Twitter comment can only be described as triumphant and you endorse the decision to remove Mr Ziemkiewicz from the UK. Only on this occasion it did not address any (actual or imaginary) issue of propagating unwelcome views, but ruined the university matriculation for his daughter. What a fitting welcome to the new country of a young woman making her first steps in the United Kingdom.

What is even more disturbing, however, is the fact that the entire incident would not have happened if not for your 2018 initiative to which you refer in your comment above. As a constituent, I am deeply disturbed that a Member of British Parliament is publicly spreading unsubstantiated lies.

Mr Ziemkiewicz could not be further from denying Holocaust. He and I come from the country with the highest number of Holocaust victims – over 3 million – where further 3 million non-Jewish civilians died in the same time period. Traces of Shoah are everywhere around us. However, it is not my role to be a defence advocate here. On the contrary, as you continue to publicly accuse Rafał Ziemkiewicz of Holocaust denial, the onus of proof is on you and I expect you to publish the basis for those accusations as soon as practically possible.

Mr Ziemkiewicz does not “propagate Islamophobia”, either. Islamophobia can be defined as “the fear of, hatred of, or prejudice against the religion of Islam or Muslims in general” (source: Wikipedia, the Islamophobia entry). Having read most books by Mr Ziemkiewicz, I do not find any grounds for accusing him of that. A mere observation that many of the 2015 immigrants to Europe from Muslim countries were young able-bodied men, wanting social benefits, not refugees, is not even remotely Islamophobia, as it is not made because of religion or ethnicity. In his 2004 book “Polactwo” Mr Ziemkiewicz had much harsher words for Poles who deliberately live on the state social handouts, which demonstrates his general focus on the moral aspect of living off others, indiscriminate of ethnicity or religion. In the words of David Mitchell and many others, “correlation is not causation”. Similar to the above, however, this is not a defence case and I will ask you to prove your public accusation.

It is beyond doubt that the 2/10 incident is a direct result of your actions in 2018. At that time the UK Terror Threat Level was set to “severe” and if you “raised concerns” with Metropolitan Police about a particular individual, in your Member of Parliament capacity, it must have left a mark in their database, which alerted the UK Border Force officer when Mr Ziemkiewicz and his family presented themselves at the Heathrow border post. No comparable incidents, violations, events other than your 2018 initiative leading to his visit cancellation, were reported in the past.

I enclose a photograph of my bookcase to illustrate my claim that I know what’s in Mr Ziemkiewicz’s books. As far as I know, none of his non-fiction books have English editions.

I am sure you would like to maintain high standards of the British parliamentarism. I am also sure you of all people will know how it feels to be accused of anti-semitism without any grounds. Therefore, it would only be fair to ask you for the following, without delay: 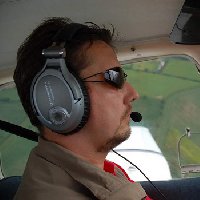