Ukrainian President Volodymyr Zelensky has met in Washington with his U.S. counterpart Joe Biden, becoming only the second European leader to be accepted at the White House. Enjoying a warm welcome at all levels and bringing home a hefty package of promising agreements, including in defense and energy fields, the Ukrainian delegation naturally faced wild attempts of the country’s powerful rival to undermine the significance of the visit and portray Ukraine in a rather unfavorable light of petty aid seekers. 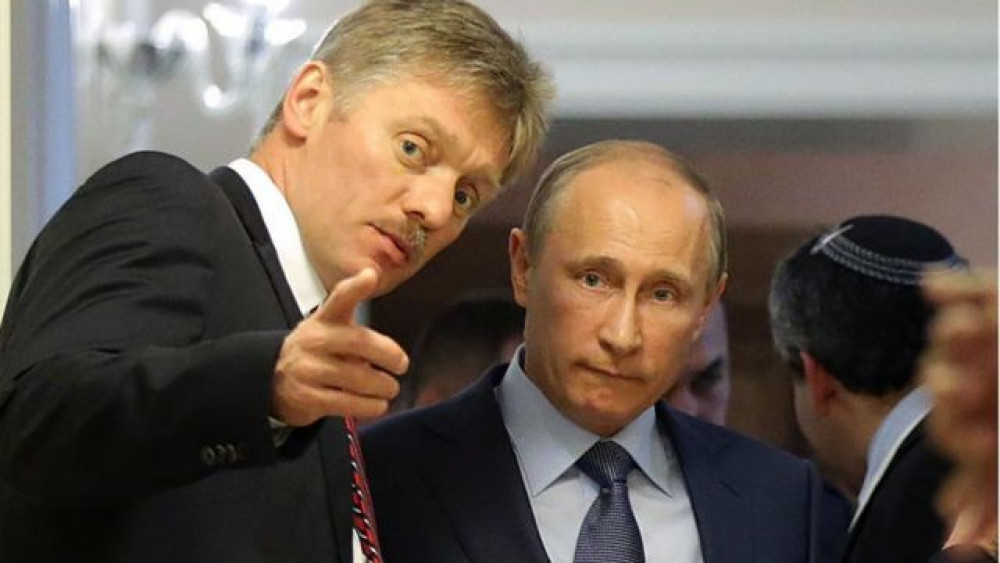 Also, Russia traditionally resorted to threatening Ukraine’s partners as a response to Washington discussions on Ukraine’s NATO accession prospects. Kremlin spox Dmitriy Peskov sharply warned of Moscow’s inevitable reaction to any plans on the part of the Alliance to bring its military infrastructure closed to Russian borders, which the Kremlin sees as an immediate threat to its security.

At the same time, Moscow’s latest feverish attacks on multiple fronts of the hybrid information war it has long been waging against Kyiv precisely testify to a solid success of Zelensky’s working visit.

Russia’s desperate moves to downplay and ridicule the outcome of the Ukrainian president’s overseas trip also prove that one of the Kremlin’s biggest fears is unified support for Ukraine in the global arena and readiness of western powers, including geopolitical locomotives such as the U.S., for joint and resolute action to deter Russian aggression against weaker actors.

In this regard, Russia unfolded a multidimensional campaign across media platforms and social networks, with the direct involvement of its diplomatic machine, as well as puppet experts and journalists, including foreign ones, to try to level Ukraine’s success.

And the visit as such wasn’t Ukraine’s only win this month. After all, the country managed to put the Crimea issue back on top of the international agenda. Russia’s attempted annexation of Crimea is in no way “fait accompli,” Ukraine has stressed by hosting ahead of Zelensky’s U.S. visit the inaugural summit of the Crimea Platform initiative which rallied top-tier support of dozens of governments.

At the summit, the participants signed a joint declaration recognizing Russia as an occupying power, reaffirming the policy of non-recognition of Crimea’s annexation attempt, and calling on the Kremlin to cease violations of international law and return the occupied peninsula to Ukraine.

Ahead of the historic summit, Russian officials had been pursuing a rather aggressive policy of blackmailing more vulnerable governments against taking part in the event, employing all sorts of dirty tactics. This work, however, failed to spoil the attendance stats in any major way.

It was for a reason that Russia is so anxious about an international coalition condemning the Crimea grab. After all, beyond general declarations and diplomatic criticism also stand rather practical measures the international community may undertake to hurt Russia for its aggression against Ukraine, including as regards Crimea and its residents.

Amid an ongoing and multifaceted crisis, Russia clearly fears any new sanctions that might come from the United States and other major actors, for example, over the militarization of Crimea or Russia’s plans to make the peninsula yet another nuclear base.

Hence the Kremlin’s attempts to create as much information noise around Zelensky’s visit as possible, distracting audiences (domestic in this case) from the looming prospects of plunging deeper into a recess if Ukraine’s partners do proceed with sanctions.

Meanwhile, the White House is keeping a close eye on Russia’s moves in the Black Sea and the Sea of Azov where Moscow has de facto already shifted the power balance by building the Kerch Strait bridge, restricting navigation, and increasing own navy armada in the area. The issue was, in fact, reflected in the defense agreement Zelensky and Biden signed last week.

In the face of Ukraine’s latest successful spree in rallying international support, Russia is trying to reverse the country’s progress to this end by compromising it in the eyes of foreign partners. The thing is that Kremlin bosses just can’t accept the choice of the Ukrainian people and the fact that Kyiv is gradually finding its way out of Moscow’s grip.