Belarus – "gray zone" in the center of Europe

"Lukashenko has balls oaf steel, I respect him!” Nothing new here, it might seem. Anyone could express affection for any political leaders and voice support for them in any way, including rather extravagant ones. But in this case, things are different. A downtrodden and broken man, Lukashenko's fierce critic Roman Protasevich, detained following a forced landing of a Ryanair plane in Minsk on May 23, cheerfully recites on camera a pre-learned phrases praising the solidity of the leader's testicles... 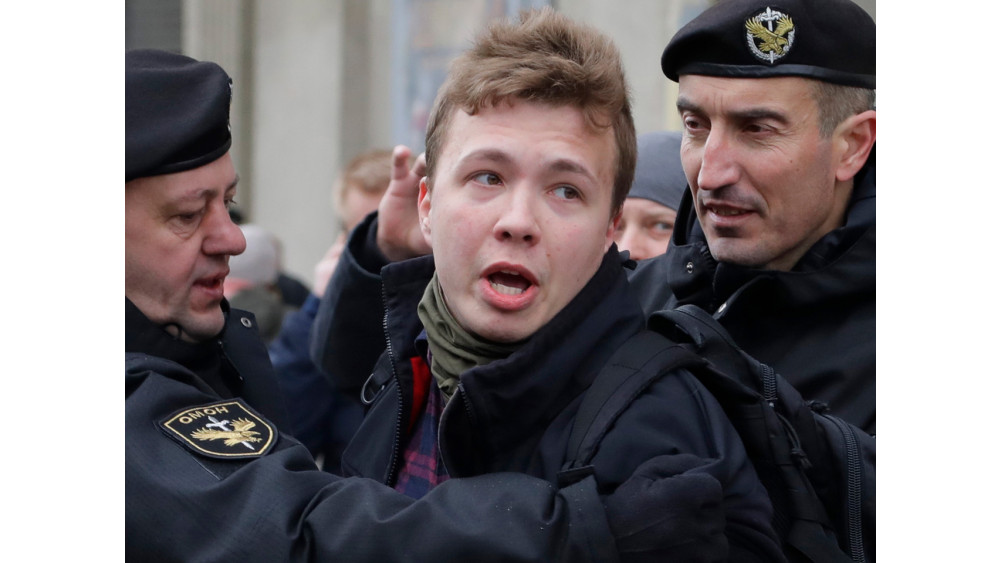 There is no doubt that Protasevich had been subjected to torture and immense psychological pressure ahead of the "interview". A few days earlier, in the first video with Protasevich aired on Belarus TV, bruises on his face and strangulation marks on his neck were poorly concealed behind clumsy makeup. In the latest video, however, its masterminds didn't find it necessary to hide peculiar handcuff marks on Protasevich wrists showing that the authorities had tortured the detainee by pulling his hands tight together and obstructing blood circulation. The "movie" with the former editor of the NEXTA Telegram channel, delivered by Belarusian security forces, was set to dispel any international doubts about the nature of dictator Lukashenko's regime, at least because the Protasevich video refers to inhumane practices of an earlier period. This is a well-tried technique, where a captured political opponent is forced to repent before the general public, to admit their insignificance, and praise the government they initially criticized. Also, they are supposed to engage on camera in self-deprecating, repenting over own "miserable" selves and their allies – just as miserable, of course. In the opinion of theorists and choreographers of such processes, this is supposed to compromise protest movements, exposing them from a fairly unattractive side, while dictators are also left satisfied with the outcome.

Images immediately come to mind from the Moscow trials of 1937 or a "weeping American student" who came on a tour to North Korea only to find himself imprisoned before being tortured to death... In fact, there are countless examples involving those who fell victim to dictatorial regimes.

At the same time, we shouldn't exaggerate Lukashenko's role in this story. He sure is an inhumane dictator. But the level of his independence has been racing toward zero lately. The thing is that Russia is pursuing the scenario for absorbing Belarus. The self-proclaimed president of Belarus is spelling out in Constitution the norms Moscow requires. The economy is coming under control of Russian oligarchs. Also, since last summer, top media managers were deployed from Moscow to take helm of the Belarusian television and shape up propaganda ideas and trends that clog the country's information space.

But there still remained something that allowed Lukashenko, focusing on his own personality cult and dictatorship traits, to evade the Kremlin's "deadly loving embrace." He was even able to somewhat maneuver towards the West. More often though, he would simply imitate such maneuvers. It is clear that Lukashenko's leash was too long to satisfy Russian leadership. Therefore, psy-ops were launched aimed at demonizing the Belarusian leader in the eyes of the West. Moscow's profit off of such effort was rather easy to read. Against the background of "Lukashenko's inadequacy" Putin might look to some as a "respectable democrat and liberal."

Economic sanctions against Belarus don't leave Minsk any other way but toward rapprochement with Moscow. At the same time, Lukashenko does remain a real tyrant in the heart of Europe, dependent both economically and militarily on Russia. With all this in mind, Russian special services have long been building a power vertical in Belarus under their control, and the moment came when it became clear that the local KGB and Russia's FSB work as a single mechanism, which was very evident in the "Protasevich Case." Although some had already made certain conclusions several years ago when Russian operatives abducted on Belarusian soil and brought for a trial in Russia a Ukrainian teenager, Pavlo Hryb. The effort was clearly deemed impossible without the mediation of the Belarusian security forces on the ground.

Meanwhile, "Batska [Father] Lukashenko" is now moving exclusively in the direction Russia requires. He suddenly voices ideas of a Belarusian air carrier launching flights to the occupied Crimea upon agreement with Russia, as well as of Russian proxy "LPR" statelet's "detectives" interrogating Protasevich on allegations participation in Donbas hostilities. That is, Lukashenko is only saying what his "elder Russian brother" allows him to say. Batska and his Belarus, which is rapidly losing what's left of own weight, can't remain a platform for Donbas settlement talks, since Minsk can in no way be seen as an unbiased party. Moreover, Belarus authorities are already openly declaring they are no longer neutral. Therefore, Lukashenko can no no longer make any contribution to the "ensuring security in Europe" by providing the Minsk platform for talks.

A "gray zone" has formed in the center of Europe with no safe transit for civil flights. So far, the "gray zone" also extends to a political domain. Moscow is rapidly fixing what it believes is an "omission" – by establishing control over Belarus. Therefore, the sanctions over the Belarus situation should also apply to an actual beneficiary. That's precisely this beneficiary whose plot was applied in the Ryanair and Protasevich case. Moscow supports the dictator Lukashenko, who, in turn, sells Russia something that doesn't even belong to him – that is, his country's sovereignty.