The fate of the AR Crimea’s debts under occupation is an important issue. Let us recall that the autonomy had the right to receive funds on credit within the rules of the Ukrainian legal framework. And according to the legislation of Ukraine, “local borrowings are carried out in order to finance the budget for the development of the budget of the AR of Crimea and city budgets and should be used to create, increase or update strategic objects of long-term use or objects that ensure the fulfillment of the tasks of the Verkhovna Rada of the AR of Crimea and city councils aimed at satisfying the interests the population of the AR of Crimea and territorial communities of cities”. However, for whatever lofty goals the debt is taken, it will still have to be repaid. The occupation of Crimea made its own “adjustments” to the well-oiled process of returning previously taken loans, or rather, it completely suspended it. Therefore, many specialists and no less ordinary citizens are extremely interested in who and how will return the loans taken by the authorities of the AR of Crimea in the conditions of the occupation of the peninsula, as well as whether the borrowed funds were spent for the purposes for which they were allocated. Andrey Chvalyuk, candidate of legal sciences, will try to answer these questions. 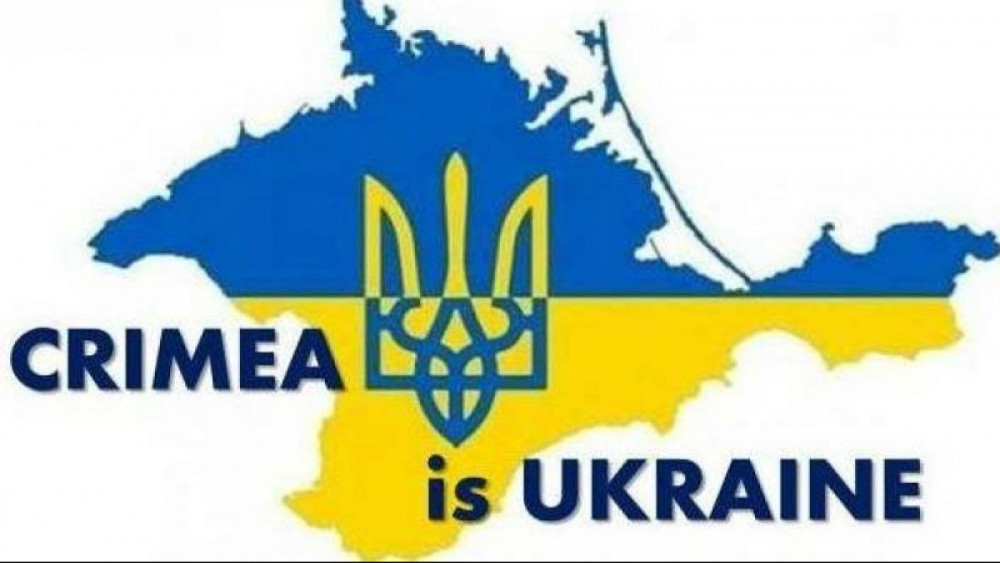 According to the Budget Code of Ukraine, “local debt is the total amount of debt obligations of the AR of Crimea, regional council or urban territorial community for the return of received and outstanding loans (loans) as of the reporting date, arising from local borrowing” [1]. The Verkhovna Rada of the AR of Crimea and city councils received the right to borrow in the form of issuing bonds of local loans, in accordance with the Resolution of the Government of Ukraine dated February 16, 2011 No. 110. At the same time, changes in the decision on borrowing are made with the written consent of the lender (creditors), unless otherwise provided terms of borrowing or legislation [2]. The presence of active consent, rather than the absence of written objections, characterizes the debt relationship of a democratic state adhering to the principle of the rule of law.

It is noteworthy that already three months after the adoption of Resolution No. 110, the Verkhovna Rada of the AR of Crimea took advantage of the opportunity provided to get into debt. The need for borrowing was justified with the aim of attracting funds to cover the budget deficit of the development of the AR of Crimea in 2011 for a comprehensive solution of the environmental problems of the AR of Crimea in terms of the implementation of an innovative environmental project in the field of collection and processing of solid household waste in the city of Simferopol and the Simferopol region. This was stated in the resolution of the Verkhovna Rada of the AR of Crimea dated May 18, 2011 No. 377-6/11 “On Borrowing in the Form of Issuing Internal Loan Bonds of the Autonomous Republic of Crimea in 2011” [3]. Resolution No. 377-6/11 was supposed to issue bonds of three series (A, B, C) for a total of UAH 400 million. However, in fact, only one series A was sold in the amount of 133 million.

The resolution and the prospectus provided for an interest rate of no more than 14.5 % per annum, and the maturity date was no later than December 31, 2014. For obvious reasons, timely redemption of bonds in 2014 did not take place. Having illegally attempted to annex Crimea and announcing its “inclusion in the Russian Federation”, the aggressor country seized all sources of income for the Crimean budget, and in addition received all its promissory notes. However, no one was going to return these debts. What kind of “cunning scheme” did the invaders need to come up with in order not to return the loan? Well-known thesis “there is no money, but you hold on” will not save in this situation. Maybe it was worth to hold another “referendum”? At one time, the Nazi Party of Germany tried through a referendum to push through the “Freedom Law”, which would prohibit German officials from paying their debts. Voters ignored that referendum, but a little later the law was still approved by the Reichstag [4]. However, the occupation “powers” of the Crimea decided to make it even easier than its Nazi predecessors, although it took them four whole years to “think it over”.

First, the internal loan of the AR of Crimea in a strange way turned into an “external loan” of the fake “Republic of Crimea”. Moreover, neither Ukraine’s domestic law, nor even the “legislation” of the occupiers, does not provide for such transformation at all. Then the “Law of the Republic of Crimea” of December 22, 2017 No. 447-ЗРК “On the Budget of the Republic of Crimea for 2018 and for the Planning Period of 2019 and 2020” was adopted. They stipulate that the conclusion of agreements on the settlement of financial claims related to the fulfillment of the “state external debt of the Republic of Crimea” is carried out until September 1, 2018. On October 1, 2018, the “Council of Ministers of the Republic of Crimea” by its “resolution” approved the “debt policy for 2019 and the planning period for 2020 and 2021”. One of the main tasks of this “act” was the “acceptance of debt obligations based on the principle of fulfilling all obligations in a timely manner and in full” [5]. However, years (for example, years in prison for creditors) can elapse between accepting the debt and paying it off.

Further, the continuous theater of the absurd begins. By “Crimea’s Government Resolution” No. 63 dated February 9, 2018, the invaders invite bondholders to submit financial claims to the “Ministry of Finance of the Republic of Crimea” before August 1, 2018 in order to settle the procedure for fulfilling the “state external debt”. That is, creditors were invited not to show for the fake “financial authority” their debt securities to pay off the debt of the AR of Crimea and pay interest on it, but simply offered them to declare to the “ministry” about their desire to repay them. But this step was calculated precisely so that no one would turn to the “ministry”, that is, it was deliberately fraudulent. After all, usually in the budget amounts are laid down for the payment of both debt and interest for its servicing, as well as a mechanism for managing public debt is prescribed. Judging by the fact that the so-called “Law of the Republic of Crimea” “On the Budget of the Republic of Crimea for 2018 and for the Planning Period of 2019 and 2020” bypassed these issues in general, the invaders actually had no intention of returning the debt of the AR of Crimea, at least during 2018-2020.

So, this scheme, born by the invaders, was simple. For four years to not mention the debts of the AR of Crimea at all, in particular – to forget about such “trifles” as interest rates on bonds; to give creditors 7 months to submit a financial claim to fake “authorities” for overdue debt obligations, understanding that such a claim will become a means of “recognition” of these “authorities”; and after 7 months, completely “forgive for themselves” the debts of the AR of Crimea unilaterally. This scheme has generally become an unprecedented practice in budgetary matters. After all, although, of course, the invaders do not have the right to speak on behalf of the AR of Crimea, they are still obliged to ensure that the creditors of the AR Crimea’s debts are repaid as a legal entity under their actual control.

The “Explanatory Note” to the “report on budget execution” of the “Republic of Crimea” for 2019 notes that “as of August 31, 2018, the Ministry of Finance of the Republic of Crimea did not receive any applications to conclude agreements on the settlement of financial claims” [7]. Of course, the public structures of Ukraine will not turn to the occupying “authorities”, and private individuals are well aware of the risks of such appeals in the face of constant repression on the peninsula [8].

But it is worth understanding another thing – was this money lent to the AR of Crimea “for the Crimean garbage” spent in general, or was it really “thrown into a landfill”? The old website of the Ministry of Finance of the AR of Crimea contains information from the issuer – the Verkhovna Rada of the AR of Crimea, which confirms that as of January 1, 2012, all 133 UAH millions were entirely in the accounts of the Main Department of the State Treasury of Ukraine in Crimea. According to the information of Vitaly Voloshin, the First Deputy Minister of Finance of the AR of Crimea, during the six months of 2012, only 55 million hryvnias were spent from this loan. And the remaining 78 million UAH then remained unclaimed in the accounts.

But without spending the loan funds, the AR Crimea also did not return them to creditors. Six months later, the amount paid by the AR of Crimea as a legal entity in interest has doubled. It turns out that having spent 55 million UAH on the solution of the “garbage problem”, the autonomy paid almost 20 million UAH in interest. In total, almost 420 million UAH were provided for the financing of the “Clean City” in the Crimean budget for 2012 for the creation of a waste processing complex. That is, then a source of significant funding was found without issuing bonds. But why then to go into debts for the authonomy?

There is an opinion that a banal “scheme” arose, because the unused loan funds were not specially touched so that the issuing bank, “Ukrgasbank”, could “scroll” them in circulation and thus earn their own capital [9]. Despite the fact that “Ukrgasbank” itself belongs to the Ukrainian State, among its shareholders at that time there were persons close to the leadership of the Party of Regions. Somebody still has the rank of bank’s “honorary president”, and in 2012-2014 the bank was headed by Sergei Mamedov. The next head of “Ukrgasbank”, Kirill Shevchenko, who, therefore, should be well aware of the issue of bonds of the AR of Crimea, now, in 2021, heads the National Bank of Ukraine.

As our Association has already written, the problem of collecting and processing solid household waste in Crimea has become urgent again [10]. And it is not surprising, because the funds borrowed in 2011 for the construction of a waste recycling plant were spent inappropriately. It’s time to think about new loans, but who will give them now and to whom, all the more knowing how the occupation “power” deals with creditors. In conclusion, I would like to note that in the financial world, there are occasional emergence of the “Loch Ness monsters”, which everyone forgot about decades ago. For example, in 2010, the united Germany completed the payment of reparations (more precisely, reparations debt) following the results of the First World War. 96 years have passed since the beginning of that war, and 91 years have passed since the signing of the Treaty of Versailles [4]. Therefore, the aggressor country should not hope that some kind of internal “order” will protect it from the claims of creditors. After the de-occupation of Crimea, all debts of the AR of Crimea will have to be repaid. And with interest.

And therefore, the long silence of Ukrainian bankers and Ukrainian law enforcement officers regarding the “lost” 133 million UAH and interest on them, as well as the attempts of specific individuals in 2017-2019 to “write off” this debt, which have obvious signs of fraud and theft of property on an especially large scale, is very strange. Moreover, the signatories of the abovepointed “acts of the Council of Ministers of the Republic of Crimea” of 2018 No. 63 and No. 1375-r, Sergey Aksyonov and Larisa Opanasyuk are obvious participants in these common-criminal especially serious crimes. Our Association will monitor closely the subsequent Ukrainian authorities’ actions for their response to this egregious situation.