At a campaign rally in front of his supporters in Tulsa, OK, U.S. President Donald Trump once again slammed Russia’s Nord Stream 2 gas pipeline project, for which he says Berlin has paid billions to Moscow. 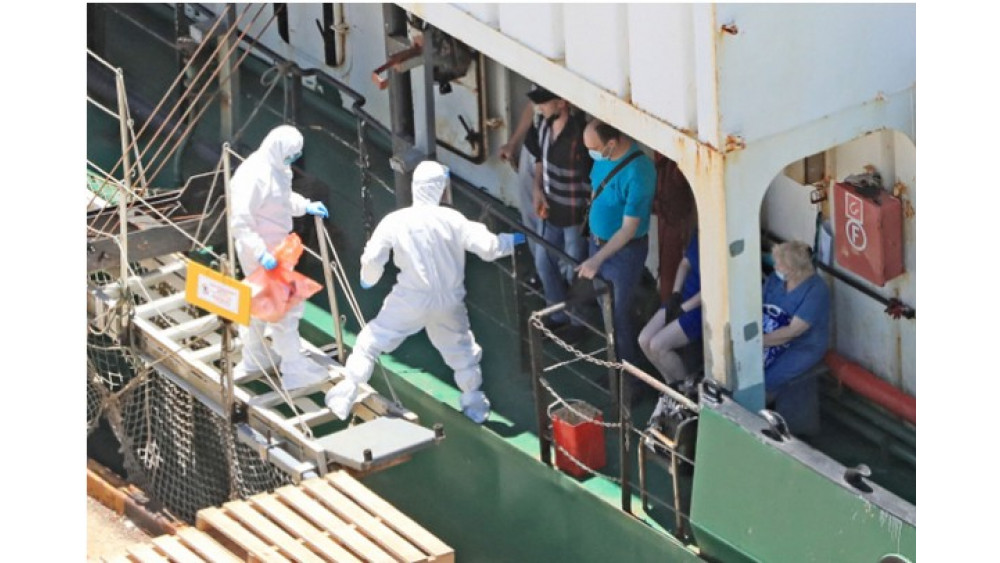 Following clarification on December 21, 2019 by the U.S. Treasury about a package of sanctions effective immediately, Swiss-based Allseas withdrew its pipe layer from the NS2 route, which led to a halt in construction, as reported by Meine News.

At the beginning of 2020, Moscow announced that it would independently complete the project with its Akademik Chersky pipe layer.

On May 7, a Russian ship got off the Kaliningrad raid and took off for Mukran, the Nord Stream 2 logistics hub for operations in German and Danish waters of the Baltic Sea.

The Akademik Chersky has stayed in the port of Mukran for more than a month already, undergoing modernization required to do the job.

The process is supervised by the Kiel-based representative office of the Russian Maritime Register of Shippping. Someone from the company has been regularly visiting the ship recently.

Gazprom Fleet, a subsidiary of Gazprom energy giant, trains shift crews. In addition to training and issuing international certificates, it is also responsible for monitoring compliance with quarantine measures, including running COVID-19 tests.

Recently, a fresh Russian crew has arrived on rotation after undergoing corona tests in Kaliningrad. No verified reports came on whether seafarers went for required self-isolation after leaving Russia and traveling via a Belarus airport (consider that Russia tops Europe’s list and is in the world’s TOP 3 countries with the greatest number of COVID-19 cases, while Belarus is also beyond the safe zone). Neither it is clear if test kits were of proper quality — so there is no need to speculate on that, the report reads.

However, authors note, the company management hushed down the fact that at least two crewmen had ultimately tested positive.

Either intentionally or due to criminal negligence, Gazprom deployed to Germany sailors infected with COVID-19 and posing a real threat to both fellow crew members and Mukran port staff who interacted with them.

The infected seafarers to this date remain on board the Russian pipe-layer.

Meanwhile, the fact that Japan’s Furuno has canceled equipment supplies necessary for the Akademik Chersky so Gazprom is considering replacing the supplier for some Russian companies, could significantly delay the upgrade process and thus increase the downtime in the German port. Therefore, the risks of the COVID-19 spread among port staffers are becoming greater as well.