Central bank of Sweden reduces interest rate to below zero, what are the consequences 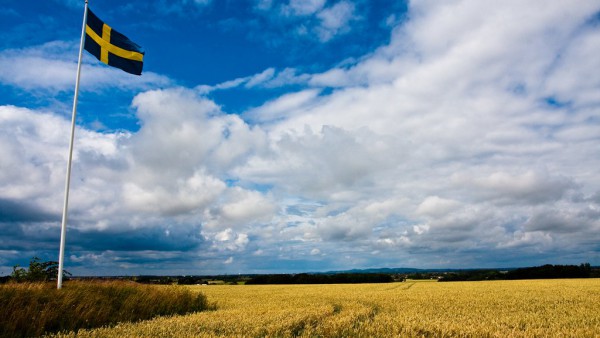 Swedish central bank (Riksbank) has decided to lower its repo rate, at which they conduct money market operations to negative 0.1. It means that banks can borrow money from the central bank at zero, or even at negative interest rate. Decision was taken despite the fact that Riksbank forecast calls for higher economic growth and lower unemployment in 2015 and beyond. Additionally Riksbank embarked on quantitative easing (buying government bonds), which by now has become a standard monetary policy in many developed countries. So far only ECB and central bank of Denmark lowered deposit rates to negative, which means that commercial banks are punished when they deposit excess cash at the central bank. Riksbank did more, banks in Sweden can now borrow from the central bank at negative rate.

Those who are trained economists do remember that we used to teach students about lower bound and that interest rates cannot go below zero. Now they do. The goal of Riksbank is to accelerate the process of return of inflation to the central bank target of 2 percent.

Imagine that this process does not stop here, that inflation for many reasons remains in negative territory and that central banks reduce interest rates even further, to, say, negative 5 percent. In such circumstances banks will be able to borrow from the central bank at negative 5 percent, do nothing, and get 5 percent profit. Creditor will be able to borrow from the commercial bank at negative 3 percent, and if they borrow 100 mln, they will return a year later only 97 mln (5 percent minus bank margin). Those that save money will be punished, as deposit rate will also become deeply negative. If you save 100 mln, year later you will have, say, only 94 mln (five percent plus bank margin).

What are the consequences. In the finance course students learn about IRR (internal rate of return of a given project). Projects get funded only if IRR is above the cost of credit. But in this hypothetical case banks will fund projects that have negative IRR, say equal to negative 2 percent. Interesting, indeed, loss making projects, that take away value from the society, will be funded.

Such policy also means that savings are being confiscated. Those who worked hard in the past and made some money, those who save for retirement, will be punished. Such policy discourages hard work and saving and promotes reckless behavior.

I wander why nobody is able to see an elephant in the room? The animal is big, is huge and is making all that terrible noise. But still - nobody can see it.

So, what is an elephant in the room? It is transfer of ability to create money, from political bodies like king or government, or parliament; to the private financial enterprises.

In the past, when goverment wants an inflation, then just issued a currency. Voila! But now, it can't! So it tries to do some strange and dangerous moves to achieve the same goal, more money in flow on market.