Downing of MH17: case progress six years after the tragedy

On July 17, 2014, a Malaysia Airlines Boeing 777 en route from Amsterdam to Kuala Lumpur was downed over Donbas. All 298 passengers and crew members were killed. Less than a month later, a Joint Investigation Team was formed allowing criminal investigators from the Netherlands, Malaysia, Australia, Belgium and Ukraine to start the investigation. After the investigation was completed, the trial started in the Netherlands in March 2020. Investigation identified what weapons were used to bring down the Boeing, where they came from, where the launch site was and who the suspects are. Russia denies its involvement in the tragedy. Read on for details. 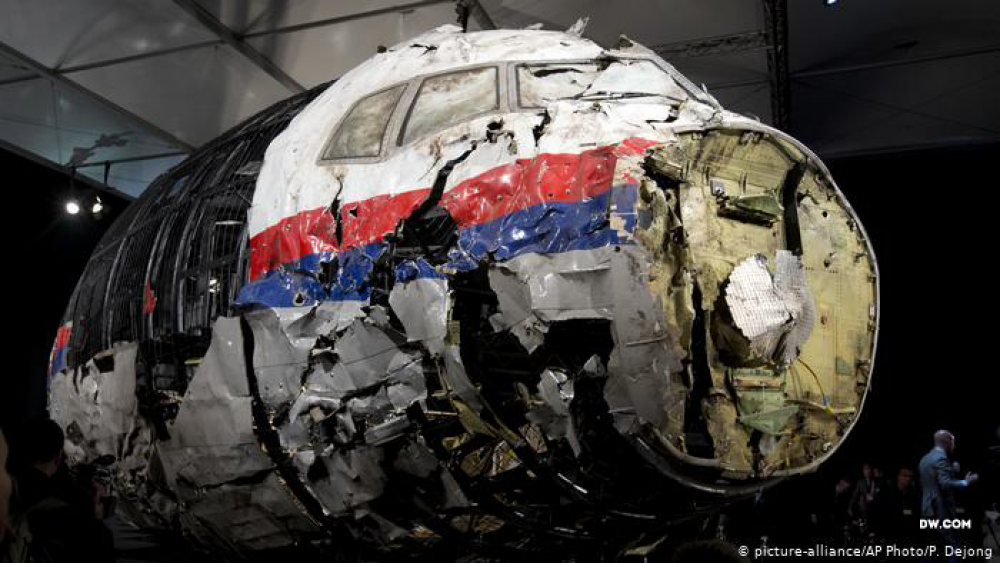 Who downed the plane? In spring 2018, the Joint Investigation Team announced that the Malaysia Airlines Boeing 777 was shot down over Donbas by the Buk missile system. Buk was owned by the 53rd Kursk-based Antiaircraft brigade of the Armed Forces of the Russian Federation and was brought into Donbas from the territory of Russia.

During court hearings, investigators explained how evidence was collected to support the main version. Despite Russia’s claims that the Buk missile that downed the plane was part of Ukraine’s military registry, investigation proved that the Buk was towed from Russia. The serial number on the missile’s engine – 8869032 helped establish that similar ammunition was being produced at a military factory in Dolgoprudnoe, outside Moscow, in Russia in 1986. The launch site of the missile – Snizhne, was identified by calculations of the Dutch and Belgian experts. So, suggestions brought forward by the Russian military group of companies “Almaz-Antey”, manufacturers of Buk, that the missile was launched from Ukraine-controlled Zaroschenske, were disproved.

How the plane was downed. Twenty minutes before the downing, the MH17 flight deviated 37 kilometers from its intended flight path due to weather conditions, it was flying at 10.050 meters– the minimum altitude over Donbas. One minute later the plane left Ukraine’s airspace, and a Ukrainian air traffic controller passed the fight under the Russian control.

At 16:20 Moscow time, the Boeing was hit by the Buk missile. The cockpit was hit hardest: the blast wave caused the cockpit and the business class section to separate. The plane continued its flight for 8,5 more kilometers, until the rear of the fuselage cracked and the tail section broke away. It all happened in less than two minutes. The debris and fragments of bodies were found in the 15 square kilometer area around the crash site.

Search and rescue workers as well as OSCE representatives were let access the crash site three days after the downing. By then the Buk had been taken back to Russia, towed to the state border from near Snizhne through Krasnyi Luch, Debaltseve and Luhansk.

Who is on trial now? Four individuals were indicted in the case, the Joint Investigation Team named them back in June 2019. They are three Russian nationals and a Ukrainian national. Judicial authorities contacted them through all possible channels including various messengers but to no avail.

The most well-known suspect, Igor Girkin-Strelkov, former “defense minister” of the so-called “DPR” was directly in contact with Russian authorities. Most militants involved in the downing of the Boeing were his subordinates. In May 2020 Girkin commented on his alleged involvement into the downing of MH17 in an interview to Ukrainian journalist Dmytro Gordon that the Dutch prosecution made part of the case materials. He said, the plane downing was a tough stroke for him, but he is convinced that “rebels did not take the Boeing down.”

Similarly, another suspect, Sergei Dubinskiy (Khmuryi) is a major general of the Russian Armed Forces. He was militants’ chief intelligence officer. Evidence shows that Dubinskiy was in charge while transporting the Buk to the launch site, he also took part in its evacuation after the plane downing. In 2019 Dubinskiy said he will not cooperate with investigation denying his involvement in the tragedy.

Third suspect, Oleg Pulatov (Guyrza or Khalif) is Dubinskiy’s subordinate. He allegedly guarded the Buk on the launch site. Pulatov is represented in the trial by two Dutch lawyers.

Fourth suspect, Ukrainian Leonid Kharchenko (Krot) is Dubinskyi’s subordinate, who could have escorted Buk down to Snizhne alongside Pulatov. According to BBC’s Russian service, Kharchenko is currently in the occupied territory in Donetsk region. He was arrested in Donetsk by occupational authorities two days after the MH17 trial started in the Netherlands. His arrest regards a different case. On May 8, it was extended for two more months. Kharchenko was placed on the wanted list in Ukraine in July 2015, he was charged in absentia with establishing a terrorist group.

Russia discontent with the Dutch-led investigation. Moscow denies its involvement into the MH17 downing and disregards the evidence and statements released by the Joint Investigation Team. The Office of the Prosecutor General of the Russian Federation said they will not hand over the Russian suspects. In April 2020 the spokesperson of the Foreign Affairs Ministry Maria Zakharova said: “Making justice requires that the process is open and is held by legal standards, court hearings need to fully take into consideration arguments of both sides, not just of the prosecution.”

Jerry Skinner, an American aviation lawyer representing the victims’ families in the case at the European Court of Human Rights said that Russia’s actions offend his clients as well as any rational person wanting justice. The Netherlands joining the individual lawsuits increases the pressure that the families have been making since the very first day, he added.

Next stage of the trial will take place in the Netherlands between August 31 and November 13, 2020.