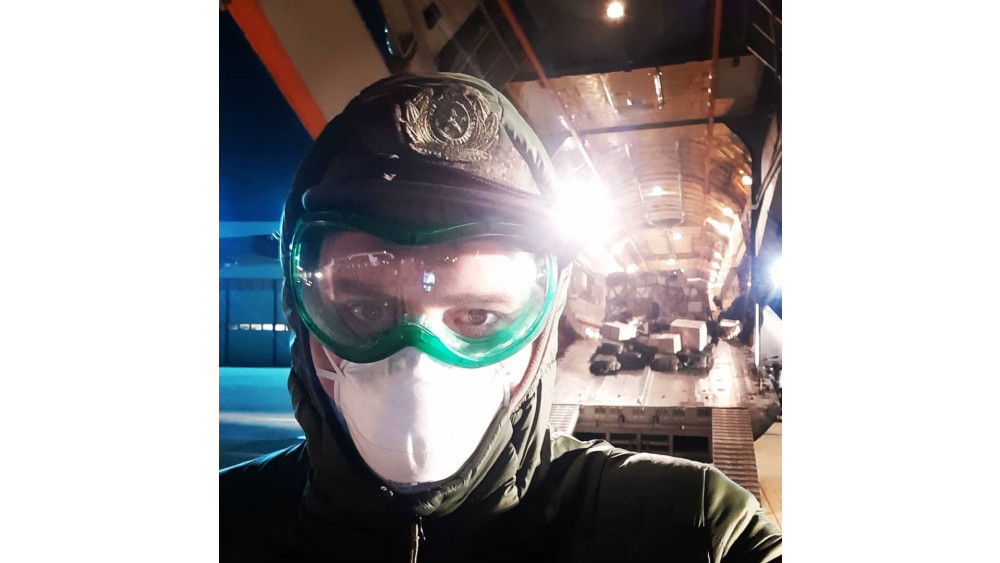 As the first Il-76 military cargo plane took off to Italy carrying the “from Russia with love” humanitarian aid, concerns were raised that it wasn’t love that these Russian military planes were bringing to a NATO Ally. In fact, instead of health ministry experts, the deployed group consists of high-ranking officers of Russia’s defense ministry and military equipment.

Throughout this week, plenty of new, and rather interesting details have emerged indicating that Russia’s aid convoy to Italy is a geopolitical game, which has nothing to do with kindness and empathy, being a product of cold, planned calculation, with direct participation of Kremlin puppets in the EU. Then, the arrival of the convoy and the information wave that followed it, as well as new facts revealed, pointed to additional goals of “Russian saviors”.

First of all, a striking nuance was that the deployment received colossal media coverage, not only in Russia, but also among EU media outlets and platforms which are in direct contact or affiliation with their Russian counterparts. Also, a narrative is being spread of helplessness and indifference of the European Union. On social networks, Italian drivers post praising videos of a Russian convoy, while in some clearly staged posts local vagabonds are shown taking EU banners off flagpoles and installing Russian ones.

But, the most interesting thing happened some time later, when the Italians saw what the Russians had actually brought. And as it turned out, 80% of the cargo is rubbish not intended for fighting coronavirus …

While Italian journalists are just starting to wonder why Russia sent a 100-strong group of troops to Italy (too insignificant to make any breakthrough in the anti-epidemic efforts), we have already seem to have answers to these questions, given that 80% of their equipment is garbage. That’s largely because Ukraine is much more familiar with the Kremlin’s hybrid operations, conducted under various pretexts.

The Russian operation in Italy is not only an opportunity for Moscow to play a card of mutual assistance and mercy, especially during the MH17 trial in the Netherlands, in order to reduce the degree of public rejection and to revive the issue of sanction lift. This is not only a global information project designed to show off the prowess of the Russian army, its efficiency and mobility. This is not only about discrediting the European Community in the media, which may become the basis for another referendum on withdrawal in the future… It is also a large-scale intelligence operation.

Pardon me, but a hundred “military experts” in the heart of the EU, driving a convoy from a military facility, the Pratica di Mar airfield, some 600 km across Italy to Bergamo, is a huge gift for Russian military intelligence.

But this is a fact that can’t be changed. However, in the light of these circumstances, I believe the Italian, German, and other intelligence services should take a closer look at the Kremlin’s minions. Indeed, in this case, they played, perhaps, the main role in the operation “Italian Holiday”.

Plus, European intelligence services should bear in mind that among these military “rescuers” there are experts in “hybrid operations” and psy-ops who, together with Russia lovers in Italy, could activate their supporters network. And taking into account the current moral and psychological state of Italians amid the raging tragedy, it’s not too hard to blow the society up.