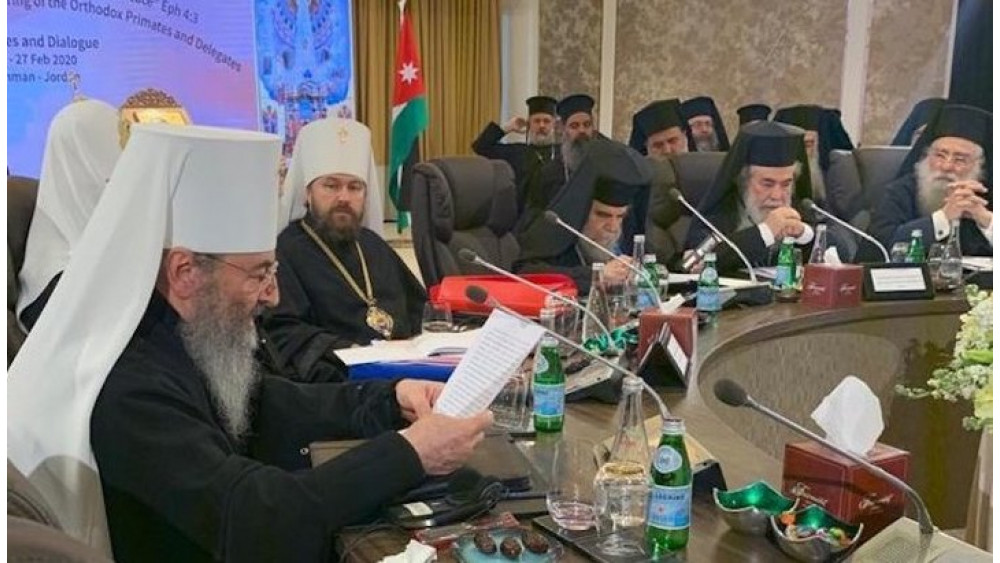 The statement following the Russia-initiated Amman meeting of Orthodox clerics says to put it short, that its participants fully stand “for all good and against all evil”. This spirit of the final statement very much resembles the actions of the Russian air force and Russian church in Syria. First, they bomb, and then they build homes for war-affected children.

Initially, Russia made every effort to stifle any autocephalous movements in Ukrainian Orthodoxy. Moreover, the ROC persecuted and cursed anyone who had somehow joined the process of crearing in the Ukrainian state a Church independent of Russia. To some, these efforts cost their lives. This is especially true of the persecution of the Ukrainian Autocephalous Church after the October Revolution of 1917. From 1937 to 1939, the Ukrainian Autocephalous Orthodox Church was finished. By 1937, all three metropolitans of this Church had been eliminated: Vasyl Lypkivsky in Kyiv, Ivan Pavlovsky in Belgorod, and Mykola Boretsky, later, in prison camps.

In the 1990s, pressure was exerted on Bishop Filaret, who had been acting from positions of independence from Moscow. He was eventually stripped of control and a few years later, an “Anathema” was imposed on him, as had been done with Ivan Mazepa several hundred years ago. In general, such negative rhetoric didn’t change in the early 2000s and late 2020s. Spells, harassment, and reluctance to engage in dialogue over building a Ukrainian Orthodoxy that would be independent of Moscow never ceased even after the Russian Army’s open invasion of Ukraine began.

Why gather in Amman to discuss the Ukrainian issue if such an opportunity was provided in Crete in 2016. Then almost all the Orthodox churches gathered to discuss the pressing issues. However, Moscow and some other churches loyal to it have ignored that All-Orthodox Cathedral. After the Orthodox Church of Ukraine was given a tomos of autocephaly, Moscow has made every effort, at the local level and through its envoys, to destabilize or at least suspend the process of recognition of the OCU. After the ROC lost the pillars of Orthodoxy, Constantinople, Alexandria, Hellas Church and Athos turned their backs on Moscow It became clear for Russia that this can’t go on like that.

Thus, with the support of one of the ancient patriarchates – Jerusalem – they decided to assemble a cathedral as an alternative to the Cretan one and to offer decisions favorable to them. Representatives of the Georgian and Antiochian Churches were expected to attend. However, this didn’t happen. In essence, this was a meeting of the Serbian Patriarch with the one of Russia.

Why did they make so much effort to destabilize Ukraine and the entire Orthodoxy only to later convene a gathering of primates and to announce that “we are indeed good people standing for peace in the world, for unity, and for friendship.” First annexation and then peace? First, bombing Syria and then rescuing children? First strangling autocephaly, and then speaking up for peace?