In 2013 I wrote a paper called European Union of Nuts. 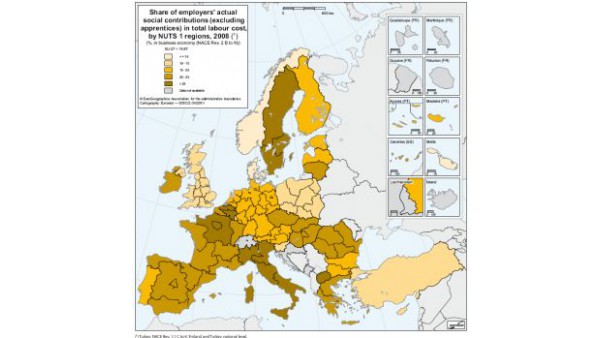 In 2013 I wrote a paper called European Union of Nuts. I showed that the current EU governance model is wrong, may lead to the EU collapse, to raise of nationalisms and even a war between European countries in the future cannot be ruled out. While the paper was ranked among the top ones by number of downloads on SSRN research network at that time, it has not attracted a wider discussion in political circles.

However, now it is clear to everyone that the present EU governance model is bankrupt, and without major reform EU will not survive. At the same time the wish of Scotland and North Ireland to remain in the EU calls for a completely new model of EU governance.

My brief concept paper proposed a far-reaching institutional reform of the European Union. All EU regions in NUTS1 classification should have local presidential and parliamentary elections. All elected presidents will form the new EU Council with 97 members. This will be the new EU parliament. Then Council members will elect among themselves the EU Executive Board, which will be the EU government. The existing EU bodies: the Commission, Council, Presidency and Parliament will cease to exist. The new EU Council and the EU Executive Board will have a wide range of competences to design and implement EU-wide policies.

I we do not reform the institutional setup of the EU, the once very powerful economic giant will turn in the European Union of nuts, who destroyed their own future.