This is the 10th day of Ukraine’s resistance to Russian terrorists. The tenth day of courage of the Armed Forces, National Guardsmen, border guards, rescuers, warriors with other security forces, and all Ukrainians who are heroically defending their land. Thanks to our people, the Kremlin's plans to subdue Ukrainians in two days, seize large cities, overthrow the government, and annex Ukraine to Russia have failed. Indeed, the enemy has advanced in certain directions, although they have gained control only over a few areas. Our defenders – courageous men and women - are repelling and pushing the occupiers back. Given the slow pace of the Russian offensive and the fierce resistance put by the nation, Russia is changing tactics. 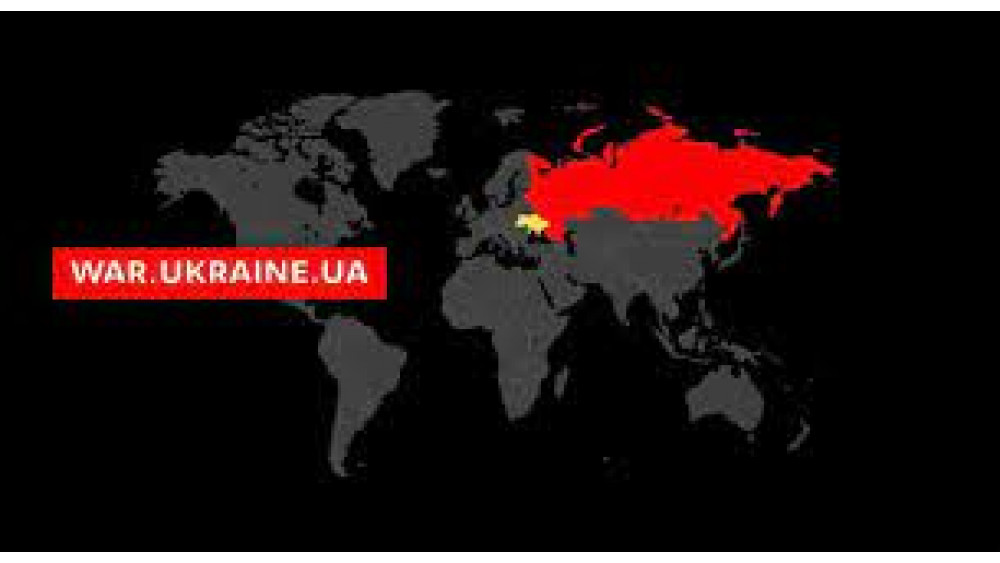 To date, the Ukrainian sky is the most vulnerable domain. The aggressor comprehensively and proactively employs its aerial and missile potential. Warplanes bomb our cities, towns, and civilian infrastructure, including critical sites, like nuclear and hydropower plants, which poses a serious, terrifying threat.

Russia’s "great" army has exposed its true nature – a cowardly terrorist only capable of attacking the civilian population – children, women, and other unarmed civilians. The enemy resorts to targeted shelling and bombing of residential neighborhoods, schools, kindergartens, and hospitals, destroying temples and churches, striking railway stations hosting thousands of women and children awaiting evacuation. This is all a tactic of terrified jackals.

Curses are pouring down on the heads of the invaders – in both Ukrainian and Russian. We have not had and do not have language issues. The world-famous explicit phrase addressing a Russian warship is now being voiced in many languages, by people of as many as 100 nationalities, who see Ukraine as their home.

As for the latest developments across the Ukrainian regions, the armed forces keep the overall situation under control, holding their ground along the designated defense lines and going for a counteroffensive, pushing the enemy forces back.

The invaders focused their main efforts on besieging the country’s capital, Kyiv, and weakening local resistance in the settlements they have already blocked. Kyiv defenders are repelling the enemy's offensive, inflicting damage on their assault groups.

In the Volyn direction, our troops’ positions have not changed significantly.

In the northern direction, Chernihiv is defending heroically. Ukrainian troops are holding their ground in the designated positions.

In the area of Mykhailo-Kotsiubynske, Chernihiv region, a convoy was spotted of up to 200 hardware units, along with manpower, on standby in front of a water barrier. The bridge has been destroyed.

In the Slobozhansky direction, the defensive battles are underway as the Ukrainian forces are successfully defeating the enemy.

The combined forces are running a defensive operation, with the assistance of two operational and tactical groupings.

In the Primorsky direction, our defenders cover the sea coast and work to prevent the siege of the strategic Black Sea port city of Mykolaiv.

The enemy is suffering major human losses. Any decent motivation is off the table. In fact, there has never been one. The morale and combat capabilities of the invading forces are nearing zero.

The enemy’s military resources are running out in Ukraine as they are facing a logistical collapse.

In view of this, enemy troops are getting more inclined to surrender. It’s not only individual soldiers but entire platoons that lay down their weapons. They realize that the bodies of thousands of their brothers-in-arms will forever remain in a foreign land, where they had been deployed for “training.” After all, Moscow will never recognize their war deaths. They’re just cannon fodder for Putin, the expendables thrown into this hell to help him achieve his imperial dream. Many of them have already understood that they have been betrayed.

I repeat, the only way for the invaders to save their life is to surrender.

The fight continues. All across Ukraine, Ukrainians make it crystal clear: No one wants Russia there!

The occupiers are not welcome in our land!

(Take note of the ratio of USSR/Germany losses during WW2, recall how Russian invaders slayed Polish infants while crushing a popular uprising, then refer to the broadcasts by Mark Solonin – plenty of facts there on incompetent brutality and ignorance of Soviet military leaders).