Modern wars have long gone beyond a traditional military theater. Putin's war against Ukraine has once again illustrated this and clearly circumscribed the religious dimension of the Russian-Ukrainian confrontation. Russia opened an Orthodox front against Kyiv long before Russia's aggression in Donbas in 2014. When Putin won power, the instrumentalization of Orthodoxy has become a favorite tool of the Kremlin to restrain political and civilizational processes of nation-building in Ukraine. Moreover, it is difficult to find a more effective way to legitimize violence than getting support from the clergy. In this war, the Orthodox dimension of confrontation is gaining unprecedented proportions as Putin uses military means to undermine the ideological foundations of Ukraine's civilizational choice and facilitate the encapsulation of the ‘russkiy mir’ doctrine of in the Ukrainian cultural code. 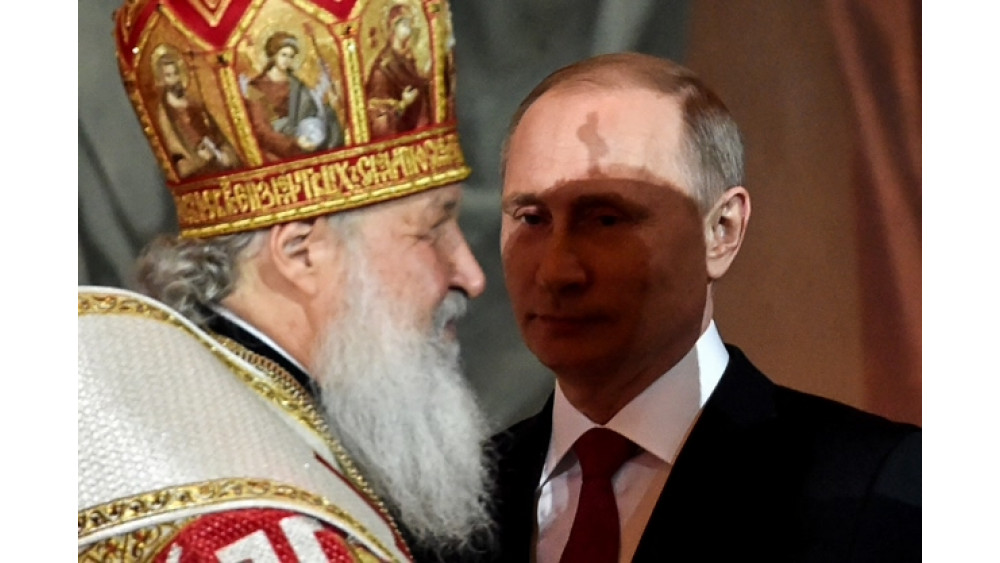 With the establishment of the Orthodox Church of Ukraine (the OCU), a significant part of the Ukrainian population distanced itself from the Russian propaganda embroidered in religious rhetoric. Stocks of the Russian Orthodox Church (the ROC) and its affiliated Ukrainian Orthodox Church of the Moscow Patriarchate (the UOC-MP) significantly plummeted down. That is why, under the guise of war, Russia targets the OCU priests and churches of as one of the pillars of Ukrainian statehood. The Russian troops have already killed three priests near Yasnohorodka, Ivankiv and Volnovakha. In the occupied territories, clergy are persecuted and persuaded to work for Russian militaries to reduce the resistance of the local population. At the same time, Russian troops continue to shell Ukrainian churches. As result of such actions, the Svyatohorsk Lavra in Donetsk region, the Church of St. Theodosius in Chernihiv, the Dormition Cathedral in Kharkiv etc became damaged. Ukrainian churches in Sumy, Zhytomyr and Kyiv regions were affected as well. The cynicism of the Russian military is also exacerbated by using religious sites to equip firing positions and deploy military equipment.

Along with that, by striking at Ukraine's temple infrastructure, the Kremlin is also harming an ally of the ROC, the UOC-MP, which threatens to destroy many years of ideological work with the Ukrainian population. The UOC-MP has always been a promoter of Russian interests in Ukraine. Since 2014, devotional practices of the church have been containing substitution of concepts and spreading Russian narratives like “fraternal peoples”, “fratricidal war”, “unity of civilization” etc. In addition, there were cases of material support for pro-Russian militants in some churches in Donbas. In this war, the situation is gradually changing. On the one hand, there are still cases of spiritual and material collaboration between the UOC-MP and Russian occupiers at the level of individual dioceses and churches. For example, priests from the Simferopol and Crimean dioceses are trying to legitimize the actions of Russian troops. Even some active media clerics, such as Archpriests Artemii Volodymyrov and Andrii Tkachov, fully support Russia's war against Ukraine. There was also a case of material support of the Russian military by one of the UOC-MP churches. In Kolomyia, there were seized provisions marked with Russians symbols that is obviously prepared for Russian occupiers. Moreover, by Bellingcat investigation, the Russian saboteur Mikhail Pavlushenko, captured on February 24, turned out to be the archpriest of the UOC-MP. On the other hand, laity and clergy of the MP are increasingly calling for breaking canonical bond with the MP. Several dioceses have already stopped commemorating the Patriarch Kirill during liturgies, and the UOC-MP clergy has called Metropolitan Onufriy to convene the Church Council and leave the MP. Despite Onufriy's condemnation of the Russian invasion in usual religious terms and an appeal to the Kirill to end the war, the unified response from the UOC-MP on the 20th day of the war has not been decisively articulated yet. Given this, as well as the fact that Russian troops damage not only believers and clergy of the OCU (since the beginning of the war more than ten UOC-MP churches were destroyed), a mass transition of parishes from the UOC-MP to the OCU is expected after the war. This will marginalize the Russian affiliate in Ukraine for good. In another scenario, the UOC-MP may join the OCU through the Unification Council. Even during the war, one can see that parishioners seize UOC-MP churches demanding from the clergy to sever ties with the Patriarch Kirill.

The ROC realizes that the launch of centrifugal tendencies in the “canonical” territory of the MP will finally undermine its position as one of the centers of world Orthodoxy. However, being in the status of only an instrument of Russian policy, MP Kirill complies with the Kremlin. In his program of invading Ukraine, Putin, among other things, justified the war with the persecution of the UOC-MP by the Ukrainian authorities. In his sermon on Forgiveness Sunday, March 6, Patriarch Kirill supported Putin's Orthodox jihad. And by presenting an August icon of the Mother of God to Russian Guards Commander Viktor Zolotov on March 13, he actually blessed the war.

Interestingly enough, because of the war, the ROC is losing its position not only indirectly in Ukraine but also directly in the international context. The ROC in Amsterdam was the first church to announce the severance of ties with the MP and the transition the Constantinople Patriarchate. This reputational blow to the ROC supposedly will have domino effect and lead to far-reaching consequences for positioning the ROC as one of the centers of world Orthodoxy. The thing is not only foreign MP missions will begin to abandon canonical ties with Moscow in sequence, but this will strengthen Constantinople's status and extrapolate its position on recognizing the OCU to other Orthodox centers. For the time being, the OCU is recognized by the Orthodox Church of Constantinople, the Church of Cyprus, the Greek Orthodox Church of Alexandria and the Church of Greece. After the Russian invasion into Ukraine, those Orthodox churches that are conditionally waiting can join the aforementioned ones, namely the Romanian Orthodox Church, Bulgarian Orthodox Church, as well as the Orthodox Church of the Czech Lands and Slovakia. The Greek Orthodox Church of Antioch, Albanian, Polish, and Georgian ones may also change their positions. In this regard, accelerating the recognition of the OCU autocephaly can affect the position of the MP and deter the Kremlin from further escalation of aggression against Ukraine given the gradual isolation of the ROC in the world.

To sum up, Russia's war against Ukraine, among others, involves a religious front. By assassinating Ukrainian clerics and destroying churches, the Kremlin tries to nullify the non-Moscow oriented Orthodox identity of Ukrainians. By doing so, it gets the opposite effect. The UOC-MP continues to sporadically support Russian aggression at lower levels but Russia's war crimes affect its positions leading to the marginalization or its further accession to a single local OCU. In any case, one should expect the massive transition of parishes to the PCU. The international image of the ROC is rapidly declining which may soon result in the accelerated recognition of the OCU autocephaly by other local Orthodox churches. This, in turn, could affect the curtailment of the Kremlin's aggression against Ukraine.