Ukrainians from bordering region of Volyn warn their Belarusian neighbors against joining Putin’s war against Ukraine “Don’t go to meet your certain death,” they urge their neighbors in a flashmob that has been gaining momentum amid reports that the Belarus leader may approve the use of his army in the full-blown war Russia has unleashed against Ukraine. 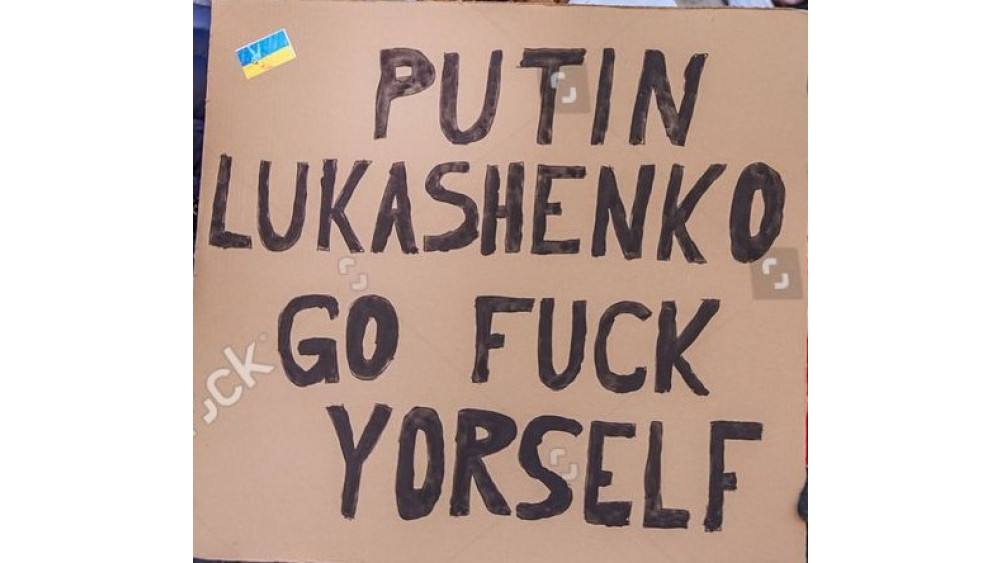 The VolynPost news agency has collected social media posts from the residents of Volyn region, which borders Belarus, warning Belarusians that this is not their war and urging them not to remain silent.

“Through the regime of self-proclaimed President Alexander Lukashenko and his criminal orders, you, Belarusians, can make an irreparable mistake – your soldiers will die on Ukrainian soil at the hands of our soldiers. And it will not be our fault because we are defending ourselves, so the truth is on our side.”

It should be noted that the people of Volyn are reposting a video address of a legendary Belarusian Lieutenant Colonel (Reserve) Valery Sakhashchyk, veteran of the Airborne Forces and founder of the Black Eagle movement, a commander of the 38th Specops Guards Mobile Brigade, highly-acclaimed in the specops circles, who said he was recording a public video address for the first time ever.

“We hope to be heard,” say Volyn residents, who joined the flashmob.

Volyn journalists, public figures, scientists, and all Volyn residents who are willing to reach out to people, many of whom have a family here in Volyn, address their neighbors across the border, the Belarusians.

It should be recalled that Ukraine agreed to talks with Russia to be held on the border with Belarus. Alexander Lukashenko has guaranteed that all warplanes, helicopters, and missiles stationed in Belarus will remain on the ground during the Ukrainian delegation's arrival, talks, and departure.