«Extremism» in the Crimea: Invader’s Attempts to Deform the International Law

After the occupation of Crimea in 2014, Russia, in violation of the requirements of Article 64 of the Convention relative to the Protection of Civilian Persons in Time of War 1949, extended the action of its own criminal legislation and legislation on administrative offenses to the occupied territory. This legislation contains the concept of “extremism”. The accusations of extremism are actively used by the de facto occupation “authorities” to persecute dissent, in particular Crimean Tatars and Ukrainians who oppose the occupation, representatives of religious communities such as Jehovah’s Witnesses and Hizb ut-Tahrir, and other individuals and groups deemed undesirable by the occupiers. The very existence of such a concept as “extremism” in the criminal legislation of Russia can be considered a marker of the authoritarian nature of the Russian political regime. This concept does not exist in international criminal law and criminal law of democratic countries. 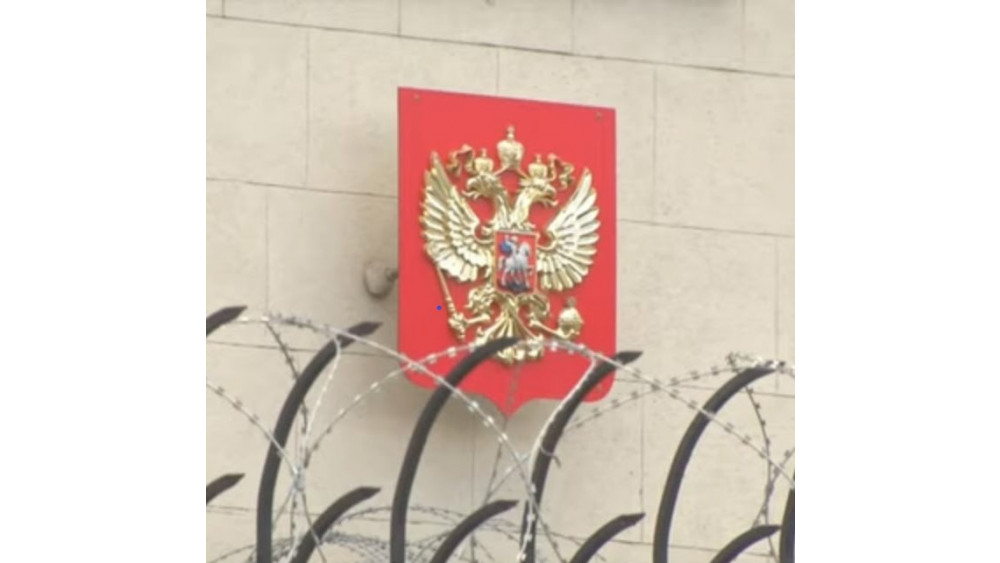 There is no universally accepted definition of extremism. This concept emerged in political and philosophical discourse at the beginning of the twentieth century to denote certain extreme views. In modern Western philosophy, there exists a concept as “moral extremism”, which is seen as the presence of such intense beliefs that alternative points of view are discarded as hostile, and any measures to achieve the goals are justified. Extremism is often associated with terrorism, racism, xenophobia, religious enmity, right-wing or left-wing political radicalism. However, this concept remains political, not legal.

The concept of “extremism” is, in principle, existent in international law. It was first mentioned in the Declaration on Measures to Eliminate International Terrorism, adopted by the UN General Assembly in 1994. In the preamble to the document, the Assembly expressed concern “of acts of terrorism based on intolerance or extremism”. The 2003 UN General Assembly Resolution on Human Rights and Terrorism refers to the challenges posed by religious or ethnic extremism. However, the use of the term is quite rare. As a rule, in its declaratory documents, the UN refers to the concepts of “racism”, “xenophobia”, “terrorism”, “intolerance”, but not to the term “extremism”.

Another international document is the Resolution of the Parliamentary Assembly of the Council of Europe “Threat posed to democracy by extremist parties and movements in Europe” in 2003. This rather detailed document expresses concern about the resurgence of extremist movements and parties in Europe, and the threat that extremism can pose to democracy. It is noted that extremism denies the principles of parliamentary democracy. It is based on the ideology and practice of intolerance, alienation, xenophobia, anti-Semitism and ultra-nationalism. Extremist views can lead to violence. The Resolution emphasizes the dilemma faced by democracy, which is, on the one hand, to guarantee freedom of speech and representation of all political groups, and, on the other hand, to fight for self-preservation against extremist groups, that deny democratic principles and human rights. The Resolution expresses the conviction that states must confront extremism on the basis of democratic principles and human rights. It further presupposes the use of administrative measures (for example, the prohibition of political parties and movements), and also calls for extensive educational and explanatory work to encourage political movements to avoid extremism in their ideology. The Resolution also refers to criminal penalties, such as punishment for proven facts of damage caused by extremist parties and their members, as well as incitement to violence, racial discrimination and intolerance.

Three aspects deserve noting in this body of international norms. Firstly, they are all soft law rules like resolutions, declarations, policy documents that do not create firm international obligations. Secondly, they regard extremism as a special system of views, which must be combated exactly as views, with proper account of the requirements of freedom of speech and opinion. Means of persuasion and education are more important than punishment. Punishment can only take place in extreme cases and for specific harm. Thirdly, extremism is viewed as an ideology of enmity directed against human and individual rights. This ideology takes forms of intolerance, discrimination, incitement to violence. Extremism can pose a threat to the state only in the sense that it denies democratic principles as the foundation of the state and social system.

In sharp contrast to this democratic approach, there are two documents of hard international law on the fight against extremism. These are the Shanghai Cooperation Organization (SCO) Convention on Combating Terrorism, Separatism and Extremism of 2003, and the SCO Convention on Countering Extremism of 2017. The Shanghai Cooperation Organization was established in 2001 by China, Kazakhstan, Kyrgyzstan, Russia, Tajikistan and Uzbekistan. Initially it was a sort of a club of non-democratic states of Asia. Only in 2017, India and Pakistan joined the Organization, however they never signed either of the two conventions.

What are these two instruments about? It is noteworthy that the definition of extremism in the 2003 Convention differs from the definitions of the UN and PACE. Extremism is defined as “any act aimed at the violent seizure of power or the forcible retention of power, as well as a violent change of the constitutional system of the state, as well as a violent encroachment on public safety, including the organization for the above purposes of illegal armed groups or membership therein”. It is clear from this definition that the creators of the Convention were concerned not with the fight against xenophobia, intolerance, and social conflicts, but only with the protection of the existing government from encroachments that this government may define as illegal and extremist.

The 2017 Convention expanded this definition by adding that extremism is “an ideology and practice aimed at resolving political, social, racial, national and religious conflicts through violent and other anti-constitutional actions”. Perhaps one can find a hint to the sources of extremism, however, the definition remains absolutely state-centered, because extremism is viewed not as a violation of human rights, but as an anti-constitutional action directed primarily against the state. Although the 2017 definition is slightly closer to international standards for the definition of extremism, changes in the criminal laws of the SCO member states were adopted on the basis of the 2003 definition, which interprets extremism solely as an action aimed at seizing state power.

It is striking that this definition of extremism encompasses not only calls for violent actions, but any criticism of state power. The definition clearly contradicts the UN approach to extremism as an ideology that poses a threat to democracy and human rights, that must be combated by persuasion. In Russia, extremism is understood not as ideology, but as acts directed not against democracy and human rights, but against state power, which should be prevented not by conviction, but by criminal repression.

The very broad concept of extremism in the Russian criminal law, which allows for almost unlimited interpretation, cannot but lead to analogies with the notorious article 58 of the Stalinist criminal code. The term “counter-revolutionary activity” was replaced by the term “extremist activity”, and the term “enemy of the working people” was replaced by “extremist”. However, the ideology of the creators of these norms, aimed at ensuring unlimited state arbitrariness in relation to anyone whom the authorities may consider their enemy, remained unchanged.

Interestingly, the Russian experts are trying to find a justification for the criminalization of extremism in international law. Some authors have managed to find norms on combating extremism in the Additional Protocols to the 1949 Geneva Conventions for the Protection of War Victims. Needless to say, that these instruments do not contain even the word “extremism”, and their very essence has nothing to do with combating extremism.

The importance of international recommendations on countering extremism as a threat to democracy and human rights is undeniable. However, this has nothing to do with the criminal prosecution of oppositionists under the pretext of “countering extremism”. There has already been an attempt to criminalize extremism in Ukrainian parliamentary history. We are talking about the notorious “laws” of January 16, 2014. Then, article 110-1 “extremist activity” appeared in the Criminal Code of Ukraine. It was canceled after the victory of the Revolution of Dignity in February 2014. Unfortunately, in Crimea, occupied by the Russian Federation, such an article continues to be applied contrary to international law and in violation of human rights. The only way to end the arbitrariness of the occupiers and to establish the rule of law and human rights in Crimea is to restore Ukrainian effective control over the Peninsula.