Democracy remains truly vulnerable, being based on the principle of respect for other views. Dictators are well aware of that, exploiting all the advantages democracy offers to actually fight against it, including in foreign policy matters. This is what we are now seeing in Russia's efforts aimed at hindering Ukraine's European integration process. 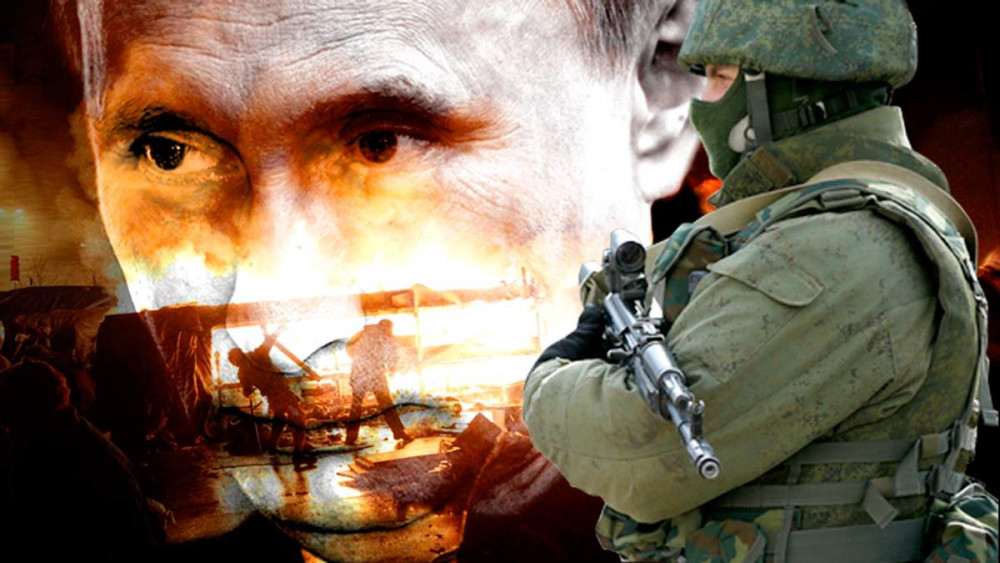 From the very moment Vladimir Putin came to power, all his moves regarding the post-Soviet countries were intended at retaining them all in the Kremlin's zone of influence, only to further pursue with their smooth or aggressive annexation. And Ukraine is no exception. The Russian dictator has gone great lengths to get the neighboring country under his reign. He didn't even stop short of an armed aggression. However, faced with a strong rebuke on the part of the international democratic community, he had to eventually stop his advance. The warfare Putin professes is called "hybrid" as it implies all possible assets and tools that are at the aggressor's disposal. The legal sphere is among those tools. So it appears that one of the cornerstones of modern democracy is turning into yet another weapon of war.

Once Moscow officials realized they are unable to coerce the Ukrainian side to hold elections in the Russia-occupied areas of Donetsk and Luhansk regions in a format beneficial for the Kremlin, amid a number of other defeats in the international arena, the Russians shifted their focus onto the legal field, including toward undermining reforms that are seen as crucial for Ukraine. The legal domain is a perfect find for the Kremlin as it could help ignite an internal conflict, during which Russia, playing a "liberator," would invade Ukraine and revisit the 1939 scenario where Soviet troops captured Poland.

The best way the Kremlin sees it could realize its plan of return the Kyiv government back to Moscow's orbit is to make sure Ukraine loses its European and American allies, thereby erasing Euro-Atlantic aspirations and the choice of the Ukrainian people. First of all, this is about compromising Ukraine in the eyes of Western powers, presenting it as some kind of "wrong" Russia where law doesn't work and corruption prevails.

To slow down progress of Ukraine's Euro-Atlantic aspirations, the Kremlin primarily employs agents of influence, successful enough to have made their way to the highest offices, including to the Constitutional Court (CCU). Many believe that a group of CCU judges are quite open Russia adepts. Back in May 2013, one of those judges, Oleksandr Tupytsky was elected CCU chairman after initially joining the Court within the so-called quota of a now-fugitive ex-president Viktor Yanukovych. Currently, Tupytsky is a target of at least three criminal proceedings, one of which probes real estate acquisition in the Russia-annexed Crimea, which is a grave violation of Ukrainian law. Despite the fact that President Volodymyr Zelensky issued a decree to sack Tupytsky from his post and an ensuing ban on attending CCU hearings, he is still shaping the agenda for other CCU judges, remaining a so-called "hybrid chairman."

In late 2020, with the CCU's help, the article of the Criminal Code envisaging prosecution for inaccurate asset declaration was secretly repealed. Moreover, the CCU deprived the National Anti-corruption Bureau (NABU), dealing with top-tier graft cases, of the right to annul through courts the illegal transactions of state-owned enterprises, as well as canceled criminal prosecution for illegal enrichment. Basically, the initiators of politically motivated appeals to the CCU, as well as bills that over the past five years were aimed to one degree or another to weaken NABU's capacity to investigate top corruption, were targets of NABU probes, including suspects and those indicted. Almost all of them are politicians controlled (financed) by the Kremlin, including Viktor Medvedchuk and his allies.

The purpose of such efforts in the legal domain is more than obvious – undermining international confidence in Ukraine and depriving the country of potential funding and further support from the United States, the EU, and the IMF.

Besides, the Kremlin is trying to once again sow internal political chaos in Ukraine by trying to undermine the process of critical reform.

As long as imbalance and confrontation are in place within the country, the next goal of Russia's destructive efforts will be to deliver a blow at the Crimea and/or Donbas issues.

So the politically motivated court judgment did create a number of problems for Ukraine, mostly in the international arena. Nevertheless, with the serious efforts involved, the government managed to resolve them. Despite all attempts by the Russians, Ukraine intends to retain its stance of adhering to Euro-Atlantic values, moving forward on its path to the EU and NATO, as well as pursue successful reform.