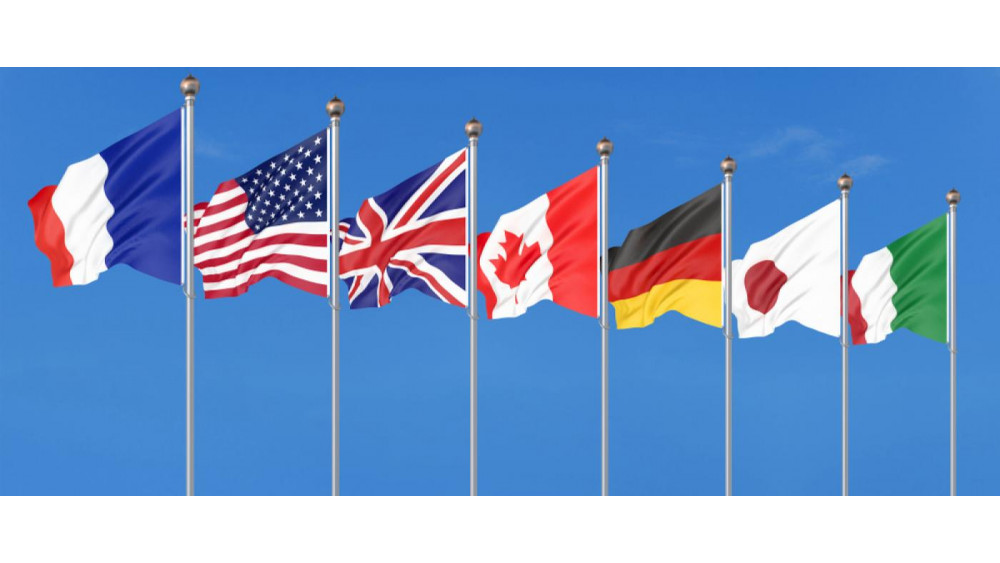 e, the G7 Foreign Ministers of Canada, France, Germany, Italy, Japan, the United Kingdom and the United States of America and the High Representative of the European Union, are united in our condemnation of Russia’s continued actions to undermine Ukraine’s sovereignty, territorial integrity and independence.

Today, seven years after Russia’s illegitimate and illegal annexation of the Autonomous Republic of Crimea and the City of Sevastopol, we reaffirm our unwavering support for and commitment to the independence, sovereignty and territorial integrity of Ukraine within its internationally recognized borders.

The UN Charter, the Helsinki Final Act and the Paris Charter clearly state the fundamental principles of respect for the territorial integrity of any State and the prohibition of any use of force to change borders. By its use of force against the territorial integrity of Ukraine, Russia has clearly violated international law and contravened these principles.

We unequivocally denounce Russia’s temporary occupation of the Autonomous Republic of Crimea and the City of Sevastopol. Russia’s attempts to legitimize it are not, and will not, be recognized. We condemn Russia’s violations of human rights on the peninsula, particularly of Crimean Tatars. We call on Russia to respect its international obligations, allow access to international monitors, and to immediately release all those who are unjustly detained. We welcome in principle Ukraine’s initiative to establish an International Crimean Platform to consolidate the international community’s efforts on Crimea.

We also firmly oppose Russia’s continued destabilization of Ukraine, especially Russia’s actions in certain areas of the Donetsk and Luhansk regions, disregarding the commitments it made under the Minsk agreements. The full implementation of the Minsk agreements is the way forward for peace. Russia is a party to the conflict in eastern Ukraine, not a mediator.

We welcome the recommitment to the ceasefire implemented on 27 July last year, which has significantly reduced violence in the conflict area. However, the conflict continues to claim lives and cause serious damage to critical infrastructure. We deplore recent military escalations by Russian backed armed formations at the line of contact. We call on the Russian Federation to stop fueling the conflict by providing financial and military support to the armed formations it backs in eastern Ukraine, as well as by granting Russian citizenship to hundreds of thousands of Ukrainian citizens, and to instead ensure that steps recently taken by Ukraine aimed at helping improve people’s lives on both sides of the line of contact are reciprocated. We reaffirm the importance of respecting the ceasefire as fundamental for any progress towards a peaceful resolution of the conflict.

We commend France and Germany’s tireless efforts as part of the Normandy Format to pursue a diplomatic path to resolve the conflict and affirm our readiness to provide further support to these efforts. We call on all sides to fully implement the Minsk agreements and underscore Russia’s responsibility to engage constructively in the Normandy Format and the Trilateral Contact Group with a view to achieving a fair and lasting political solution to the conflict.

The G7 remains fully committed to the implementation of sanctions and will continue to stand with Ukraine in support of its independence, sovereignty and territorial integrity within its internationally recognized borders. Crimea is Ukraine.