Tragic history is known to repeat itself. The first time it's pure tragedy, and the second – it's also a farce. However, as we already saw in 2014, farce can also turn out to be bloody. Today, the number of parallel lines between modern Russia's foreign policy and that of the Third Reich is staggering and thus frightening. Some other right-wing radical regimes in Europe try not to lag behind Russia's Putinists, having also decided to start "getting up from their knees" and revisit the roots of the "soil and blood" ideology, which laid the foundation of Nazism). In doing so, they look at the experience of their predecessors, the accomplices of Nazi criminals who could be found in any European country. 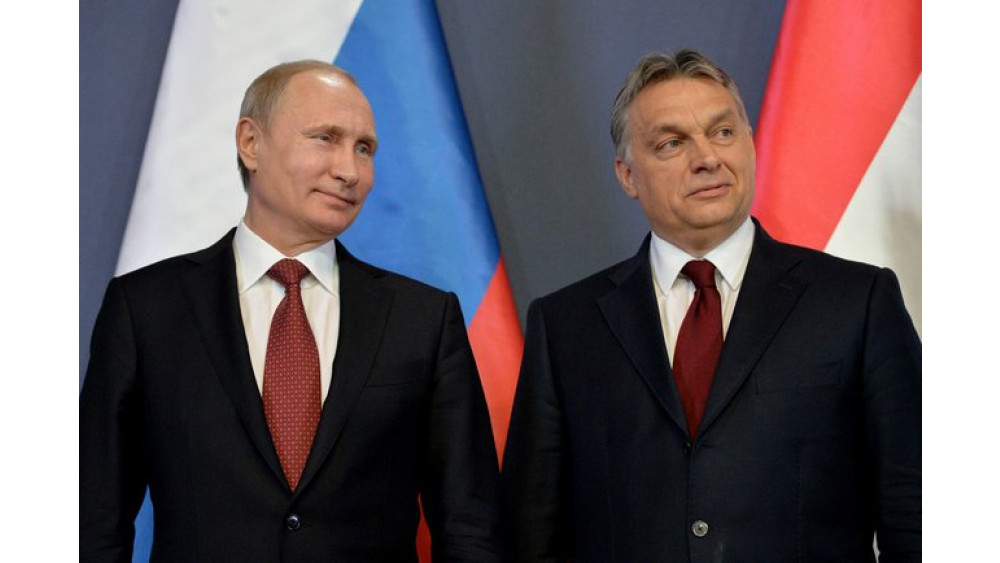 In Hungary, this was Hitler's ally Admiral Horthy, who in modern Hungary is seen as a national Hero. Long before Putin's rule, this man had employed his own "little green men" and "we are not there" forces, and much more, with the help of whom the Hungarian Nazis destroyed Carpathian Ukraine before unleashing World War 2. Today's imitator of the admiral without the fleet, Viktor Orban, is also trying to follow Horthy's suit... Moreover, Russia has provided a vivid example of how in modern conditions, one can use the "achievements" of criminals of the past.

Also, both the Nazis of the past and the modern-day ones see Ukraine as a delicious piece to bite into. One of the tastiest regions is Zakarpattia aka Transcarpathia, where the "fifth column" is being intensively implanted. In general, characterizing Hungary's Ukraine policy, it's hard it otherwise but hostile. The rhetoric and actions of Horthyst diplomats are applicable to a country preparing for or being at war with the neighbor, but certainly not to a country willing to pursue good neighborly relations. In this respect, Hungary's foreign policy may well be referred to as subversive action. For Orban's Hungary, these are synonyms.

Imitating Putin, Orban copies his behavior even in slightest details, as can be seen in the way Hungary is now trying to encroach on Zakarpattia, Ukraine's far-western region the country borders. For years, it should be recalled, Russia has been pursuing the policy of granting passports to residents of Donbas and Crimea, russifying the Ukrainian population, and continuing a massive-scale and reckless educational and cultural expansion. All of the above is already starting to happen in Zakarpattia region. By the way, the Donbas and Crimea scenarios have both ultimately ended with the foreign troops having been deployed following "peaceful missionaries".

Following in Russia's footsteps, Hungary starts playing the same card in Ukraine's Zakarpattia region. Earlier, Budapest somehow tried to disguise its true goals with "protection of the Magyar minority" from what they unfoundedly claimed was "oppression" by Ukraine authorities. But now, Hungarian revanchist attitudes are out there in the open as Budapest starts complaining about Ukraine's actions on pretty much any pretext. One of the first symptoms of the separatist disease in the West of Ukraine is the newly elected local deputies in the village of Siurte performing a Hungarian (sic!) national anthem at their inaugural session, right after pledging allegiance to the people of Ukraine! In fact, this is a rather natural development given the lack of proper response on the part of security agencies to print material promoting the idea of "Great Hungary" and the creation of Hungarian "autonomy" in Zakarpattia, found at the offices of KMKSZ party and the Association of Hungarians in Zakarpattia.

And it's not at all surprising that the Kremlin praises such steps, having long dreamt of seeing Ukraine destroyed. Not so long ago, Russia's notorious MP Vladimir Zhirinovsky spoke of what he claimed would be an inevitable dismemberment of this country between the Russian Federation, Poland, Romania and, of course, Hungary. Such statements must in no way be considered as trash talking by an irresponsible jester. The man is in fact a rather influential and sober-minded politician, whose every "shocker" step is carefully calculated and coordinated. "Zhirinovsky speaks Putin's mind," the saying goes.

So we see that Putin's Horthyst friends took the idea quite seriously. And for the flames of the Hungarian-Ukrainian conflict to flare up ever so brightly, Russian spooks pour more and more fuel onto it. Russia has been stubborn in its efforts to further expand its information and psychological operations against Ukraine. Most of them, however, have been designed by the same template, it seems. Let's recall, say, pro-Russian organizations in Poland spreading anti-Ukrainian rhetoric and the same pro-Russian groups committing anti-Polish stunts in Ukraine. These acts, by the way, immediately stopped once police arrested a number of Russian agents by the police. Suffering defeat on the eastern front and trying to create a new, western one, Russian special services bluntly copycat their previous operations.

For example, they highlight the "performance" of Siurte local deputies, along with a video-recorded threats by a low-profile Russian actor posing as an activist with Ukraine's rightwing "Right Sector" organization, calling for the purge of ethnic Hungarians. The actor, it turned out, had specifically arrived in Ukraine to be filmed on video before immediately leaving the country. The video has ended up in the hands of a Serbia-based blogger, who, after the clip went viral, across Russia and Ukraine, removed it from her YouTube channel. Somewhat earlier, in February 2018, pro-Russian activists set ablaze the office of the Association of Hungarian Culture, in Uzhgorod.

Incidentally, over 90% of reports claiming that ethnic Hungarians demand an autonomy status for the area was circulated by the Russian propaganda machine. Well, nothing new here. Russian intelligence did just the same in in Crimea ahead of the annexation attempt, spinning boogeyman stories targeting audiences with low critical thinking. We are yet to see whether the Hungarians are smart enough not to step on the Russian rake…